Here's a list of the Top 5 Hottest African collaborations 2017 you would never hate your DJ for replaying cause you are dancing your insults away. Click on the link below each song description to watch the Official video or listen to the audio.


The beautiful talented ghanaian songstress Becca teams up with Africa's reggae and dancehall guru Patoranking in making a club banger with an interesting message. Y'all flaunting your relationship on social media, the tips in this song could help out. The official video was published on 20 February,2017 and as of late it has 5.9 million views.
Na Wash (Official Video)-Becca ft. Patoranking(click on this link to watch the video)
Keeping checking to find out which song takes this spot next month!!!

4. Emboozi za Malwa- Bebe Cool x Sauti Sol
Ugandans and Kenyans are always at conflict, so according to me they've never had a meaningful connection until the drop of this tune.  In this song Bebe Cool (Uganda) features Sauti Sol (Kenya) appreciating the conversation that takes place at drinking joints. This smashing collaboration is 2017's uniting factor for these two rival countries. The vocals mesmerizing, the video amazing!!!! Killer part is when Chimano(Sauti Sol) says some random easy luganda words. There's nothing as sexy as a foreign man speaking luganda. When vocal legends meet, it's fire!! Due to Bebe Cool's poor social media marketing structure, the song only has 100,000plus views despite being published on 30 April, 2017. I can market Bebe Cool well if contacted.

Mbozi Za Malwa (Official Video)- Bebe Cool ft. Sauti Sol (click on this link to watch the video)
Keeping checking to find out which song takes this spot next month!!! 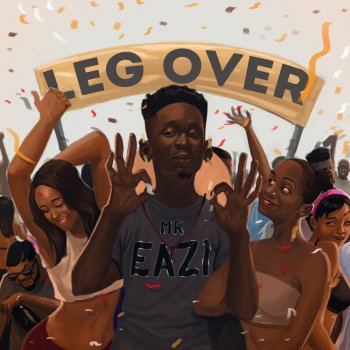 Mr.Eazi found his way to our hearts with his cheesy lines and rhythm. Mr.Eazi interacts with his audience by coming up with songs that have lyrical instructions. (Or do we love being commanded??!!) Most of his songs are used for dance challenges by africans living abroad. The vibez video featuring Wizkid, Eddie Kadi and Maleek Berry on 10 February,2017 and the video has 11.2million views. For a newcomer well done.

Leg Over Vibes Video-Mr. Eazi(click on this link to watch the video)
Keeping checking to find out which song takes this spot next month!!!

Timaya and P Square never disappoint when making club bangers. Dance Official Video has the typical nigerian concept of skinny girls dancing, money (pounds and dollars)tossed here and there and so much extravagance is flashed in our faces. Jim Iyke a nigerian actor also features in this song as a prop (lol). This song has 1million plus views and it was published on 4 May, 2017.

Dance (Official Video)-Timaya ft.P Square (click on this link to watch the video)
Keeping checking to find out which song takes this spot next month!!!

Remember the Ofeshe()and Reggae Blues song ()??? Well Harrysongs features our afro-dancehall master Timaya to make a lovely song and video. Like all his other videos, Harrysongs employs several deigns to bring out his exceptionally. Well since Timaya cannot survive in a video without girls, we have girls dancing around them. The video was published on 6 June,2017 and it has 1.7million  views.

Samankwe (Official Video)-Harrysong ft.Timaya (click on this link to watch the video)
Keeping checking to find out which song takes this spot next month!!!
Email Post
Labels: Home