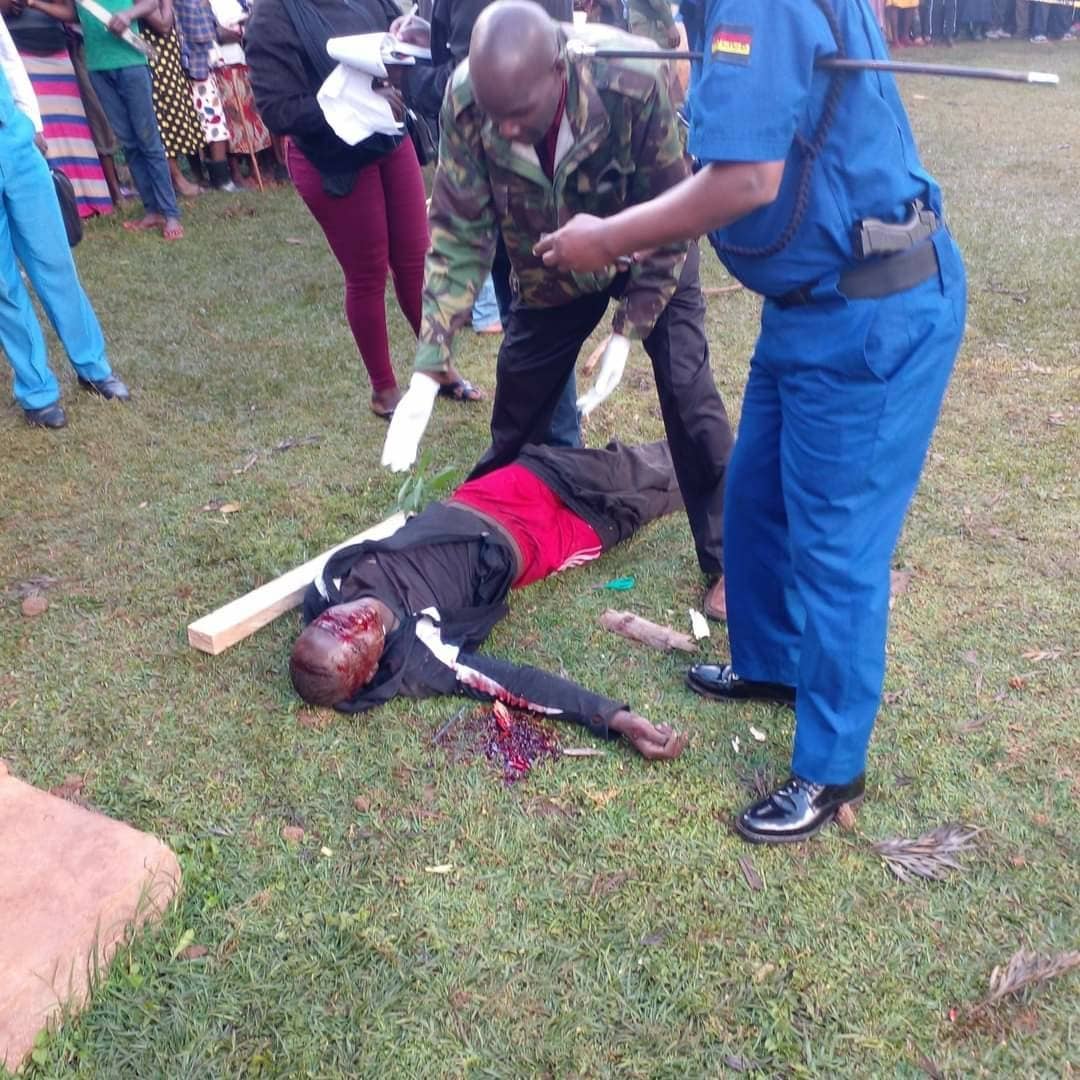 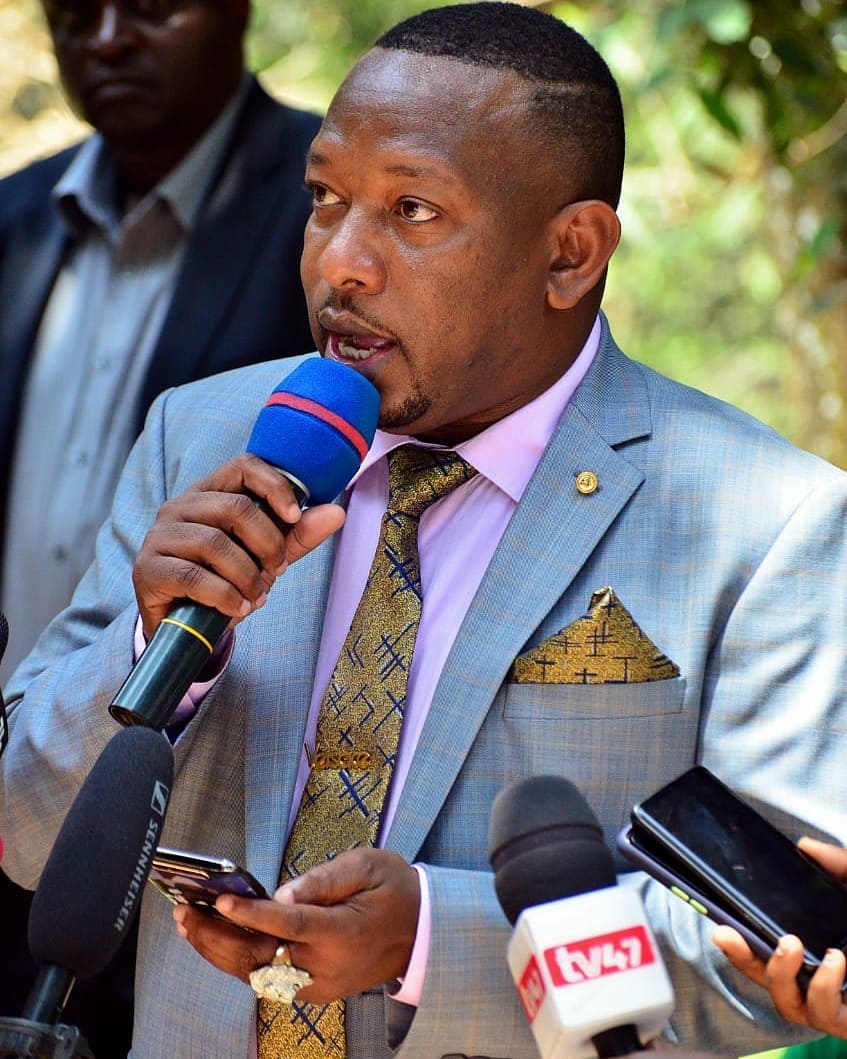 Sonko's Reward for the Serial Killer

The Politician promised to give an amount of KSh 200,000 (USh 6.5 million ) to those who killed Masten Wanjala, the murderer of thirteen children in Nairobi.

Initially, Sonko offered to reward the cash to anyone with information to help the Police re-capture Masten Wanjala after his escape. 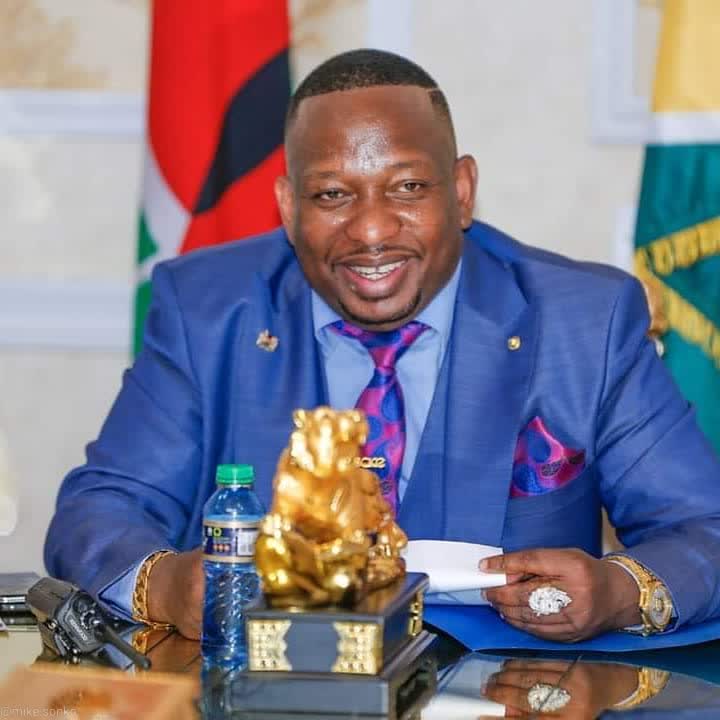 “Kumbe serial killer Masten Wanjala who brutally murdered 13 children in Nairobi has been lynched by a mob in Bungoma,” Said Sonko in his post.

“Since I had offered a reward of 200k for the information leading to his arrest, I will now give the 200k to the group of youth who did this good job” He added. 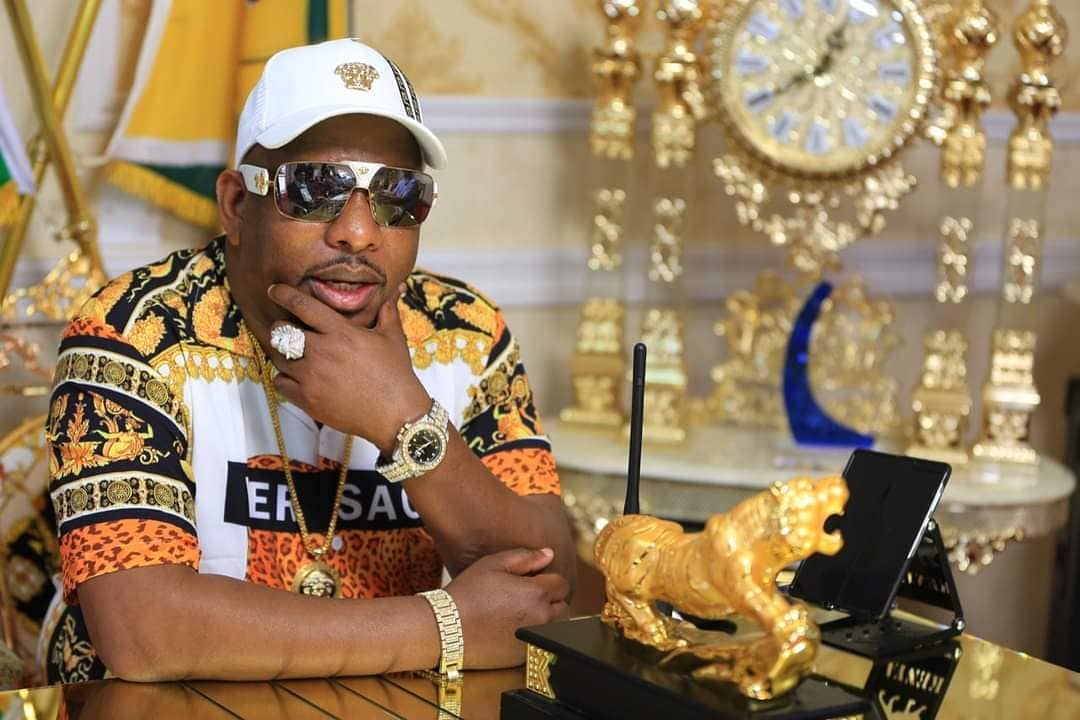 The former Governor further explained that his reward was not a publicity stunt but a token of gratitude.

He said that he witnessed the grief and anguish of the parents of the young children Masten murdered during the burial ceremonies that his team organized and funded.

He also added that he could never forget the agony he witnessed.

“I'm not doing this as PR but sisi ndio tulisafirisha bodies of the murdered children to various destinations for burial and the tears and pain that the parents and familia walipitia ilikuwa kubwa sana na hawatasahau haraka (what the families went through was a lot and we shall not forget it quickly)” He concluded. 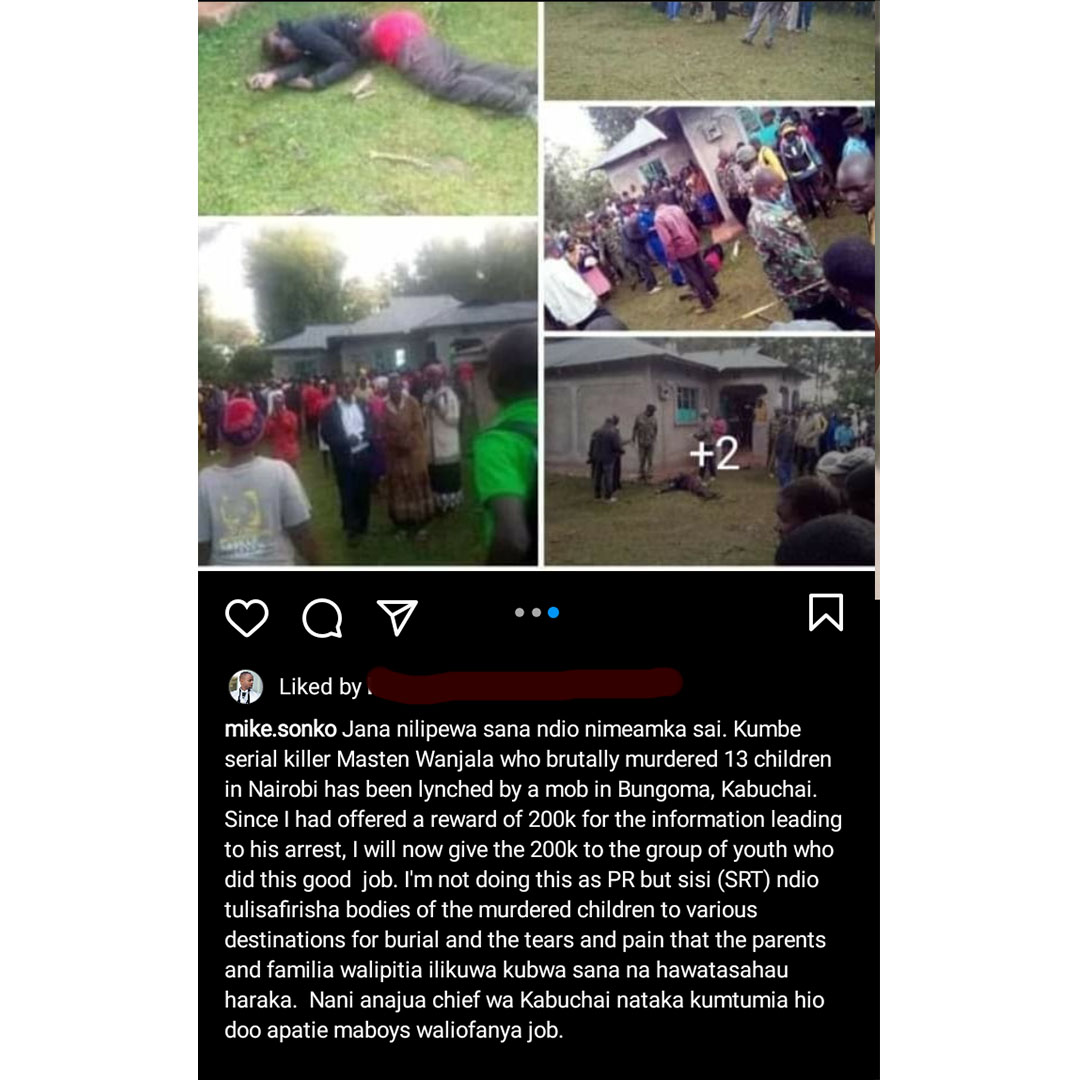 Sonko accompanied his social media post with several gory photos of the lifeless body of Masten, the serial killer on the ground.

Masten Wanjala, 20, was a suspected serial killer who confessed to killing and drugging over 13 boys in Nairobi since 2019. He also admitted to drinking the blood of some. 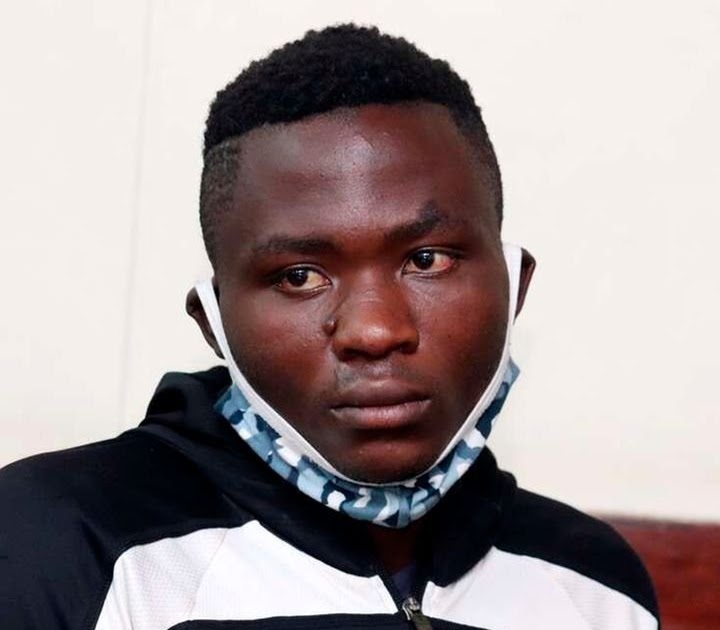 He disclosed that he earned their trust by pretending to be a football coach and held some for ransom.

Masten Wanjala was arrested in July this year and taken to Jogoo Road police station.

His Escape from Prison

However, he escaped on 13th October before his trial. Wanjala was expected to appear in court on Wednesday in connection with the killings he confessed to. But authorities said he was a no show. 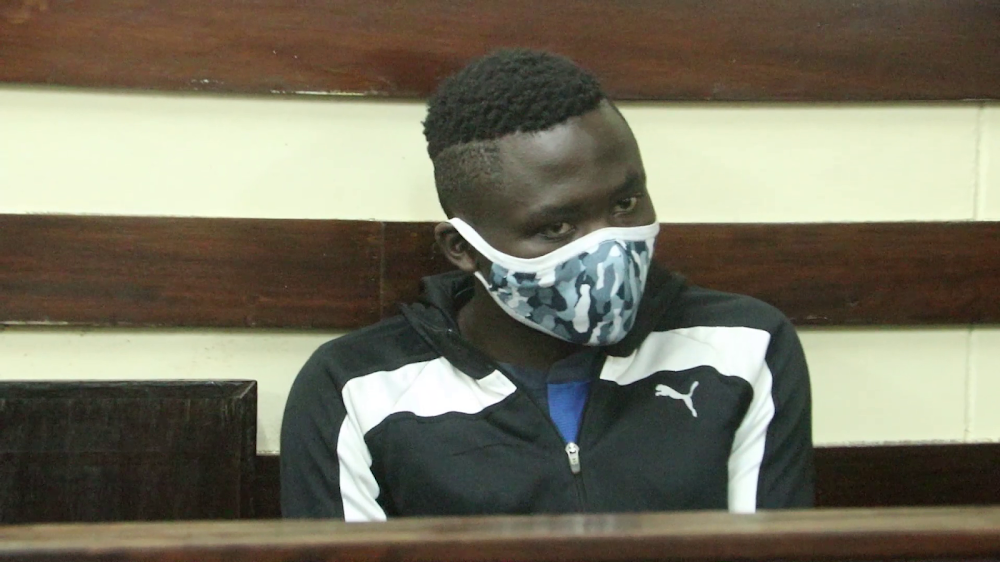 The news of his prison break made front-page news and created a buzz all over the country.

Unfortunately, his freedom was short-lived as he got lynched by an angry mob in Bungoma two days after his escape.

According to the Kenya Police Spokesman Bruno Isohi Shioso, children on their way to school on Friday recognized the fugitive and alerted those around them. 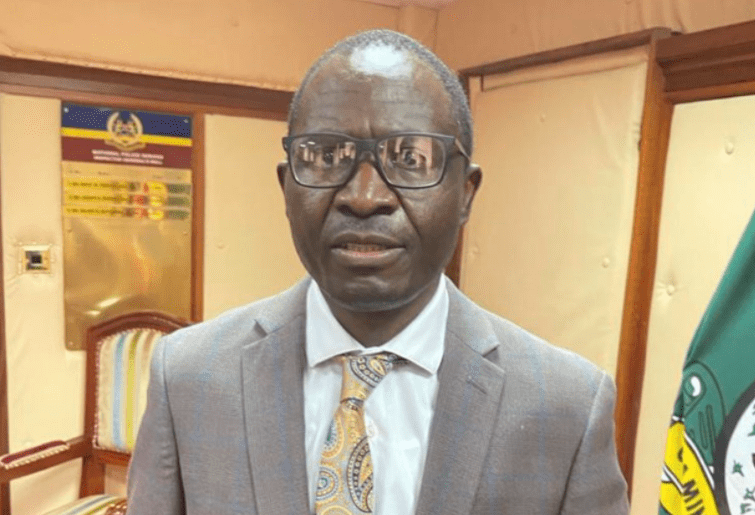 As soon as the other villagers identified Wanjala, they swang into action, and the authorities could not intervene.

“Villagers in Wanjala’s hometown of Bungoma, about 250 miles from Nairobi, killed the 20-year-old man in an act of “mob justice" They acted so quickly once Wanjala had been identified that the authorities couldn't intervene. Police can’t be everywhere,” Shioso added. 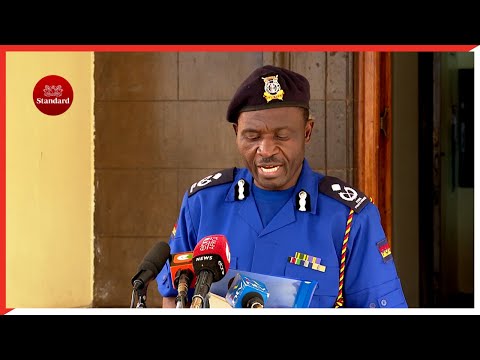 The whole situation initiated concern amongst citizens as many wondered how Wanjala was able to break out.

The three police officers on duty at the time got arrested on suspicion of aiding Wanjala’s jailbreak. However, they explained; that there was a power cut at the police station the night before he went missing. 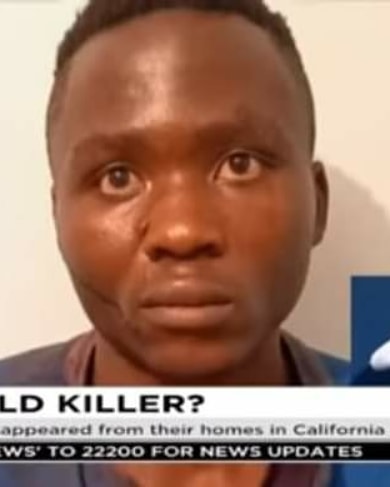 When asked how Wanjala had managed to escape from Jogoo Road police station, the Kenya Police Spokesman Bruno Isohi Shioso said, “Things just happen. Once we complete the investigation, we should have a clearer picture of what happened.”

After Masten Wanjala escaped, his father, Robert Wanjala, said during an interview with NTV Kenya that he was not interested in seeing his son. 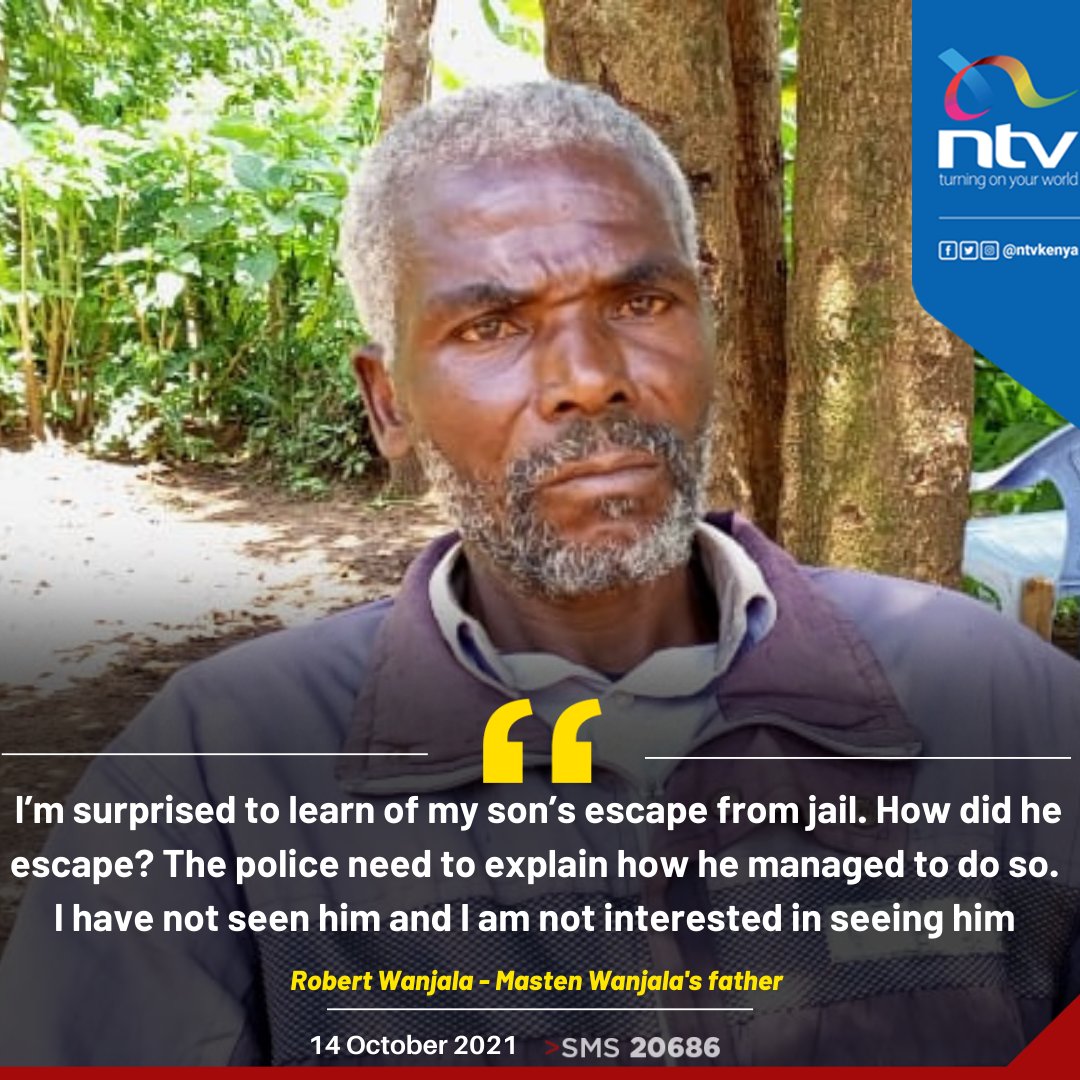 However, he changed his mind after he heard that Masten was dead. Robert Wanjala expressed his regret and apologized to the victims’ families, telling NTV that he was “heartbroken but ready to bury” his son.