Mama Dangote, the mother of Tanzanian Singer Diamond Platnumz, is her son’s biggest cheerleader, and we have witnessed this over and over again. Here are the 5 Types of Women Diamond Loves 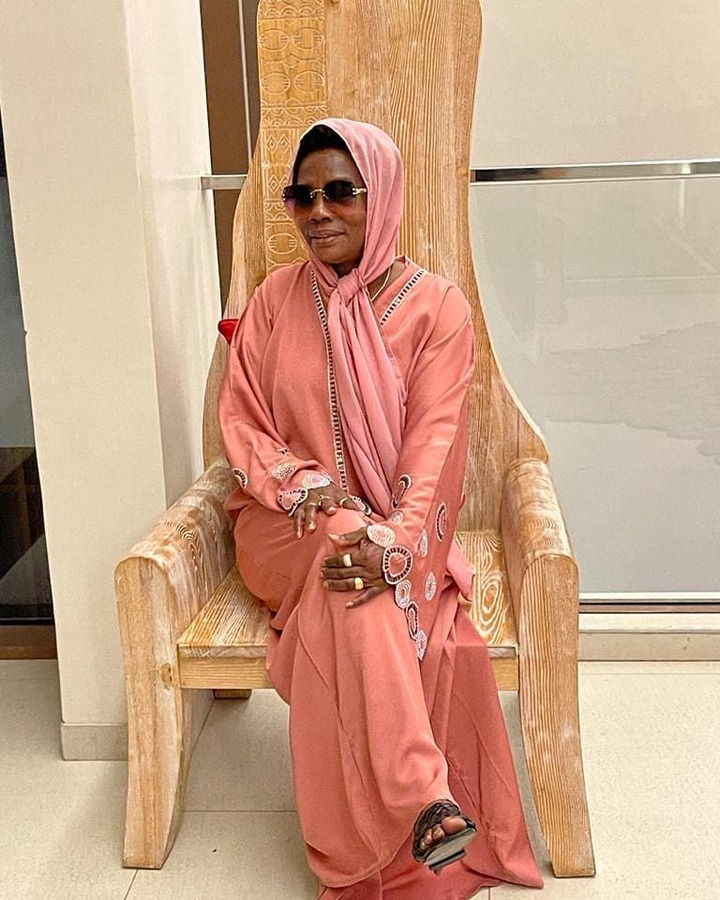 Last evening, Mama Dangote took to her Instagram to boast about the new watch that Diamond recently purchased while in the United States. 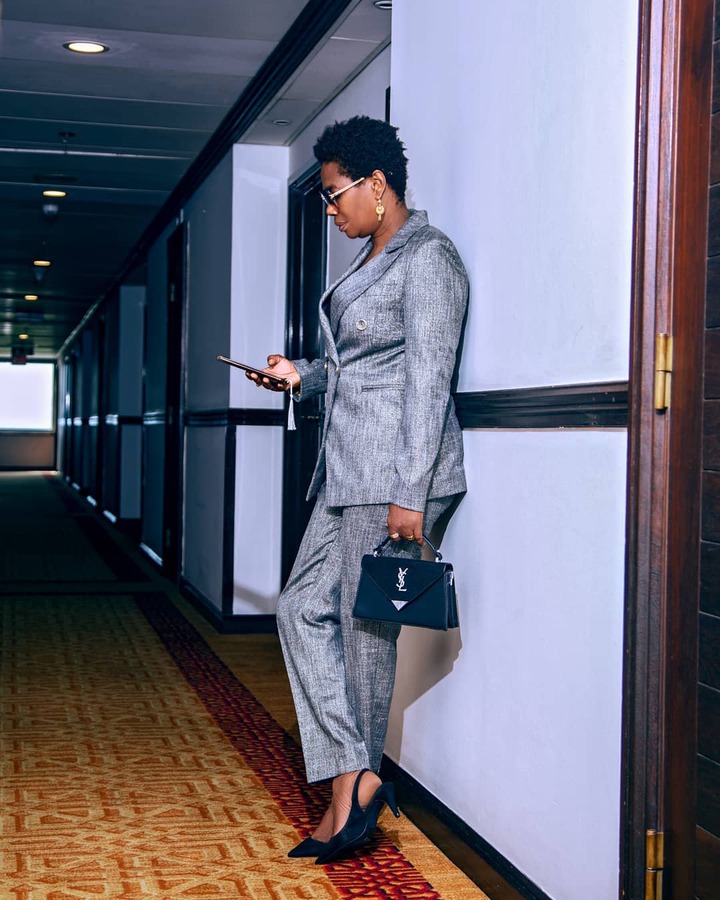 The proud mother told her fans that Diamond spent millions on a watch worn by wealthy international celebrities such as; Jay Z, Kanye West, Drake, Justin Bieber and others.

She announced this with videos of Diamond at the jewellery store making the purchase. In both videos, the Jeweller was counting bundles of money while the singer and his bodyguard looked on. 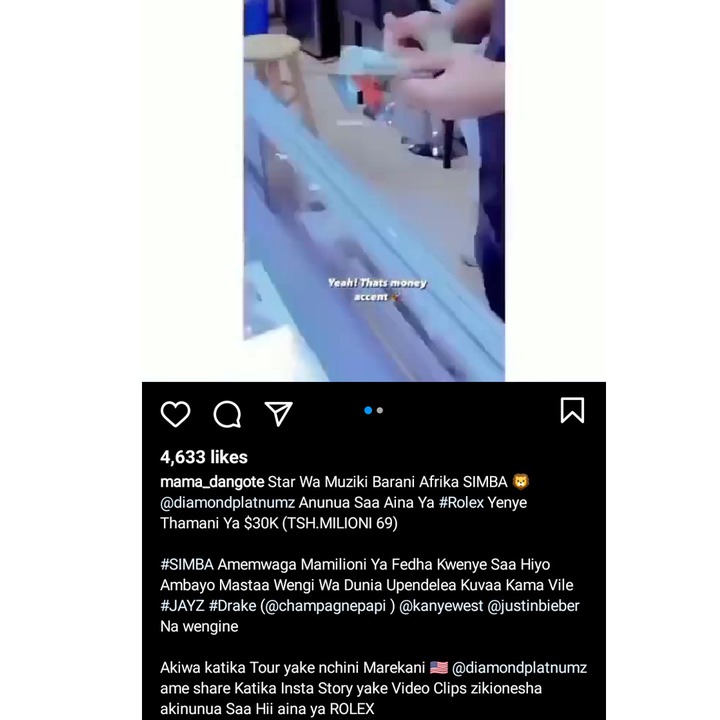 She posted this a few hours after Diamond broke the news to his followers with a series of videos showing off his latest purchase. 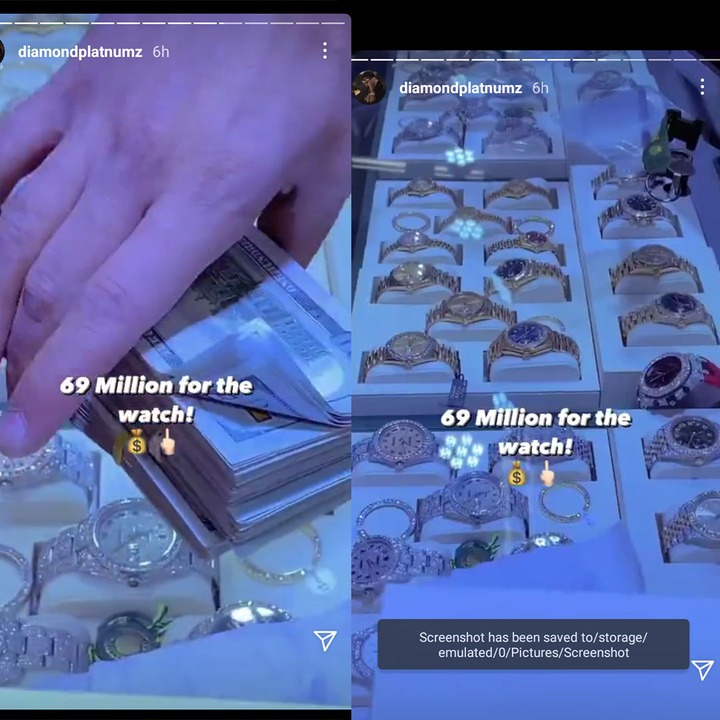 It is not the first time Mama Dangote is openly supporting her son. She is her son’s biggest cheerleader, and we have witnessed this over and over again.

In July, Mama Dangote could not stop praising her son after his brand new 2021 Rolls Royce Cullinan arrived in Tanzania.

The celebrity mother shared a video of herself posing beside the Rolls Royce while showing off his other luxury vehicles. 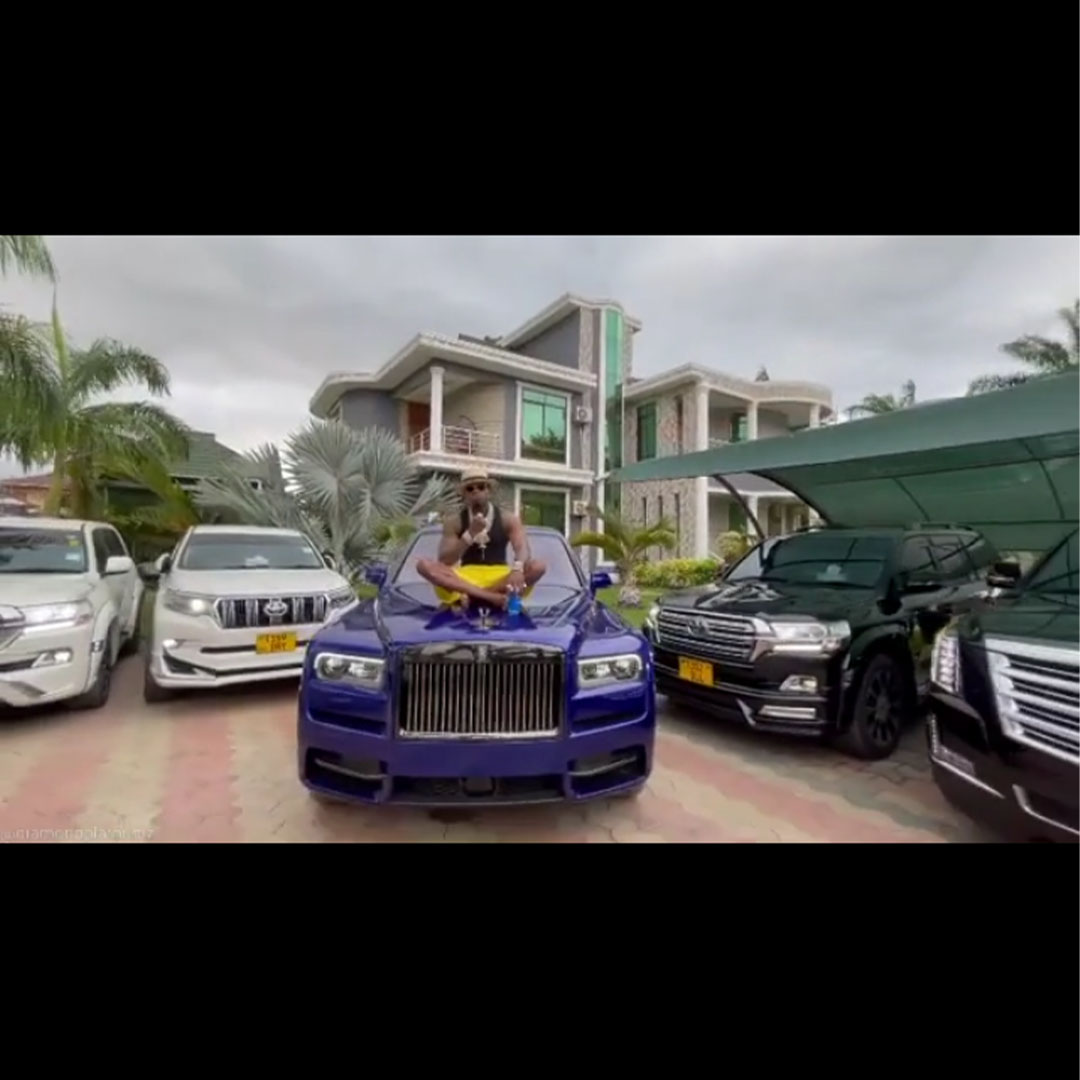 Diamond, who was in South Africa at that time, was one of the first to respond to her post. In his comment, he told his mother to continue enjoying herself to inspire the rest that they too can make it in life.

Translation: "Enjoy life mom. Our goal is for us from poor families in Swahili, not to give up and believe that in life everything is possible. The main thing is to ask God to help us live peacefully together" 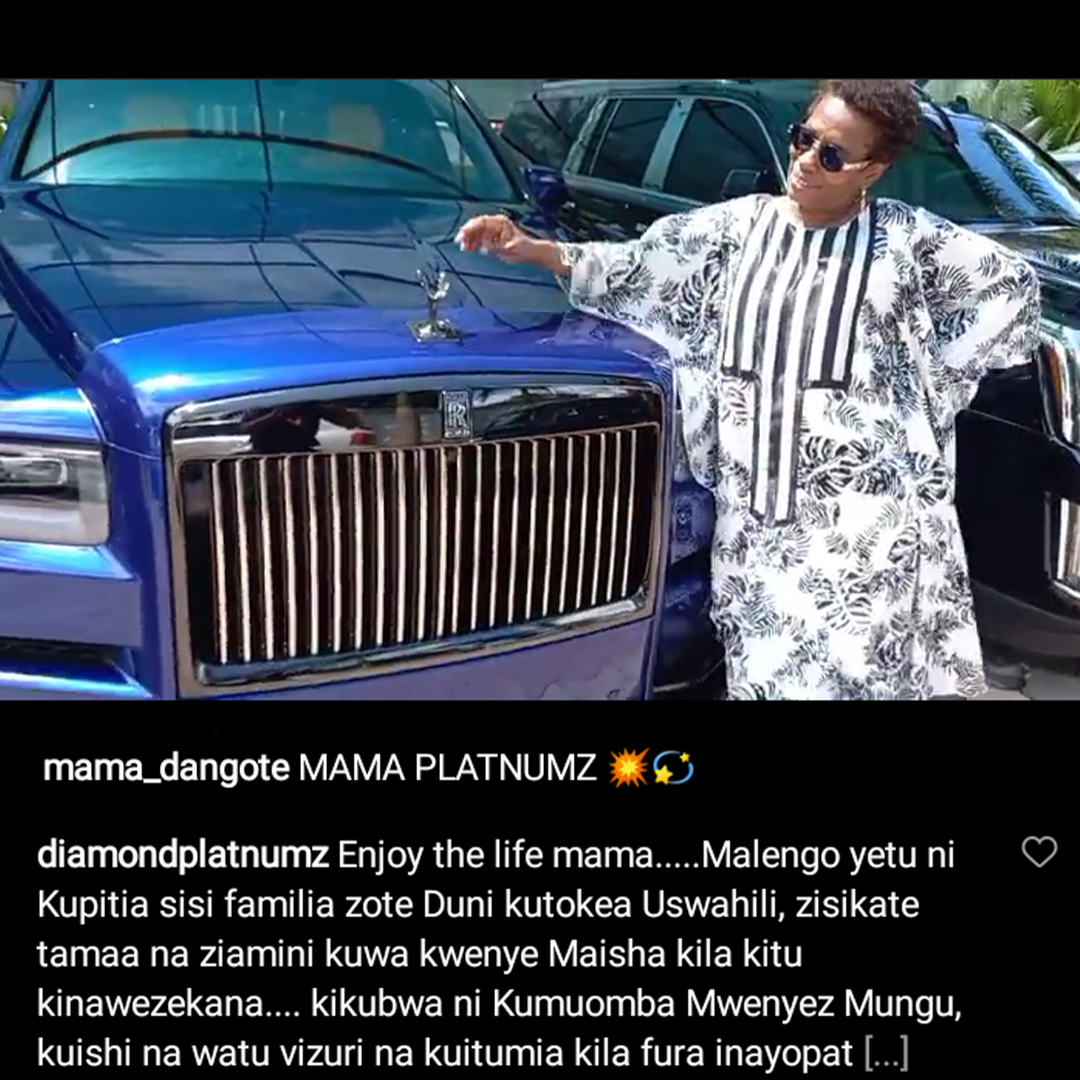 Diamond has revealed during several interviews that his mother has been very instrumental in his success.

Also, in August, Diamond Platnumz proved to the rest of the East African artists that he is class apart after spending $48,000 (USh 172 million) on a pendant bearing his nickname Simba.

The chain was complete with an image showing the head of a lion designed in Gold and adorned with Diamonds. 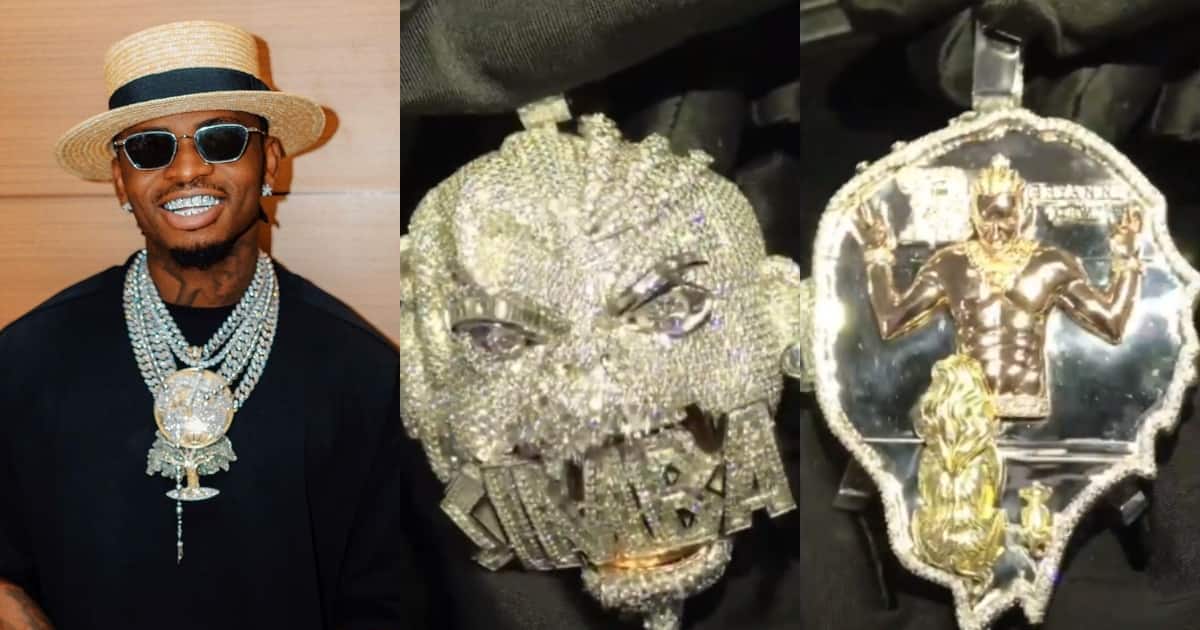 His watch and pendant could buy someone several plots of land and a mansion. Indeed, Diamond is only his level when it comes to material wealth.