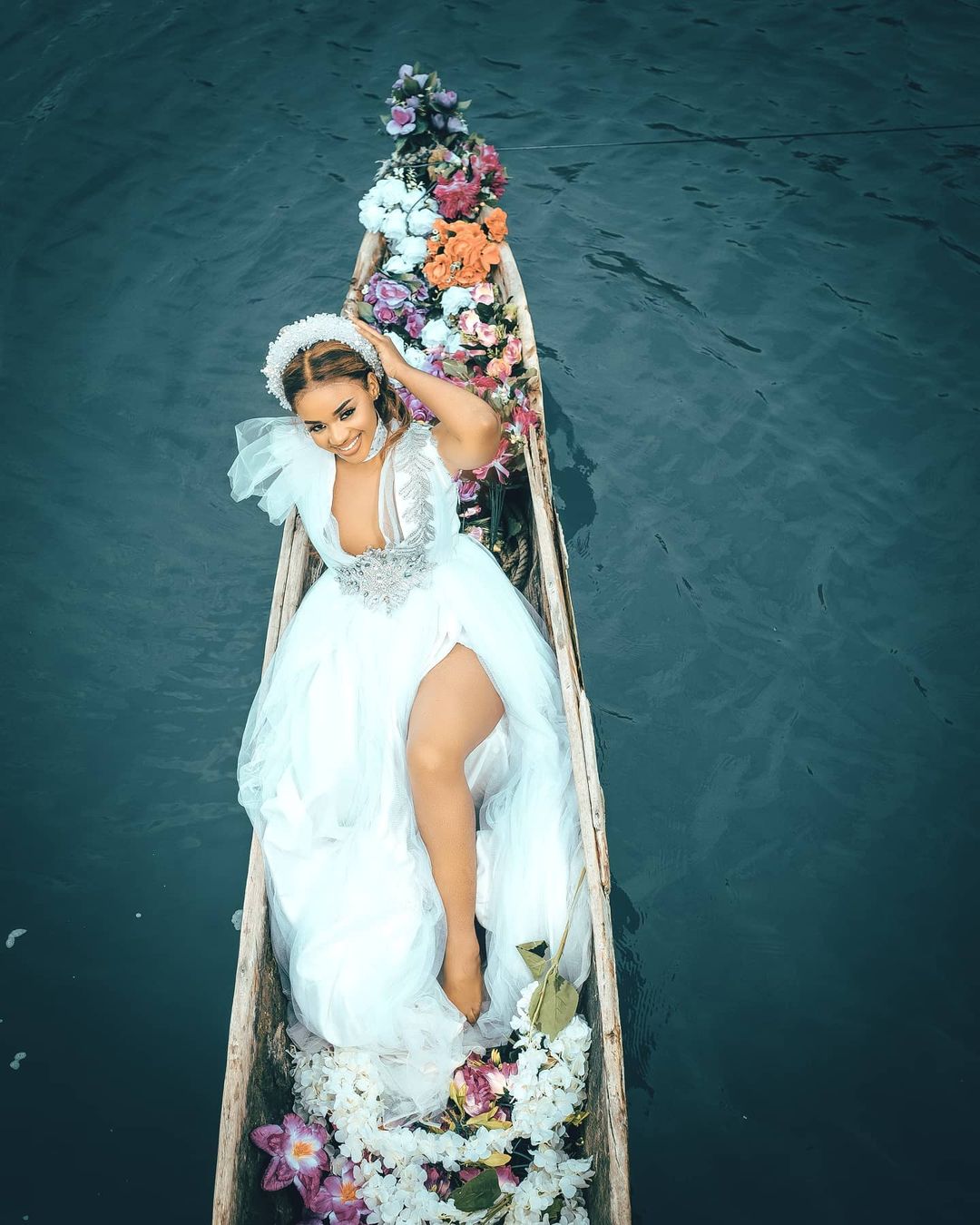 Paula Kajala, the 19-Year-Old Girlfriend of Tanzanian Singer Raymond Shaban Mwakyusa Alias Rayvanny, Has Reacted to The Claims That the Singer Is Cheating On Her with His Baby Mama Fahyma Alias Fahyvanny. 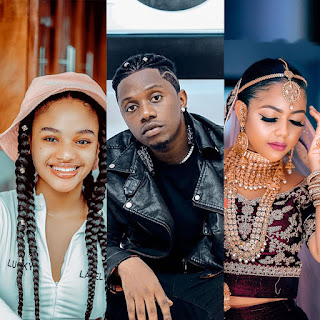 The rumours started after a controversial Tanzanian blogger called Mange Kimambi disclosed that Fahyma and Rayvanny had reconciled.

She said that the two went out for lunch at the singer’s new restaurant Havana. She added that they were seated at the VIP section, looking cozy and having a good time.

Translation: “Today at lunchtime they were together at Havanna. They sat at the VIP and were all kisses. In short, they have reunited except Fahyma has been downgraded from main to side chick. She is now being hidden from Paula ” 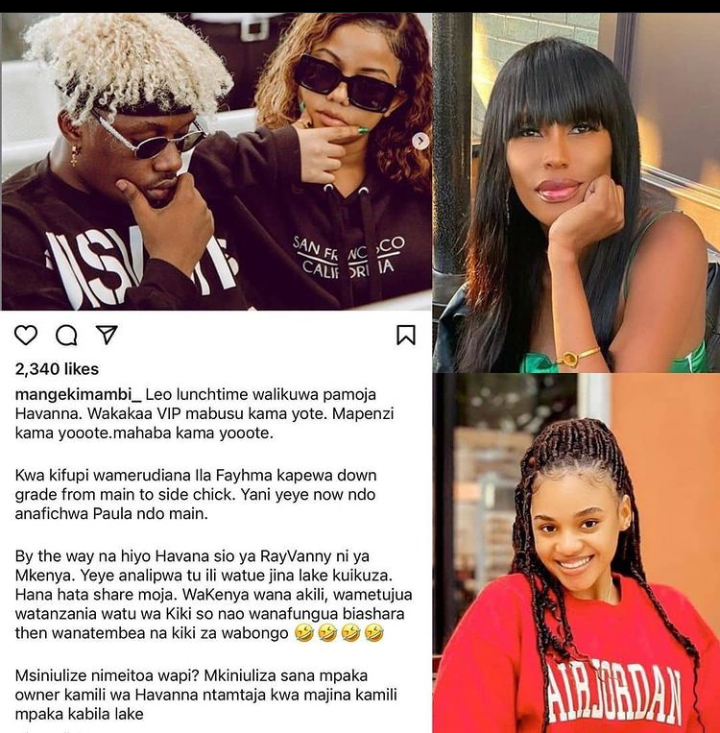 The rumours spread on various social media platforms in Tanzania like wildfire. It seems like Paula was unbothered by the news judging from her reaction online.

Paula shared a meme on her Insta stories indicating that she is not bothered by the rumours and will not pay attention to negativity. She also added that the people spreading those lies are just haters. 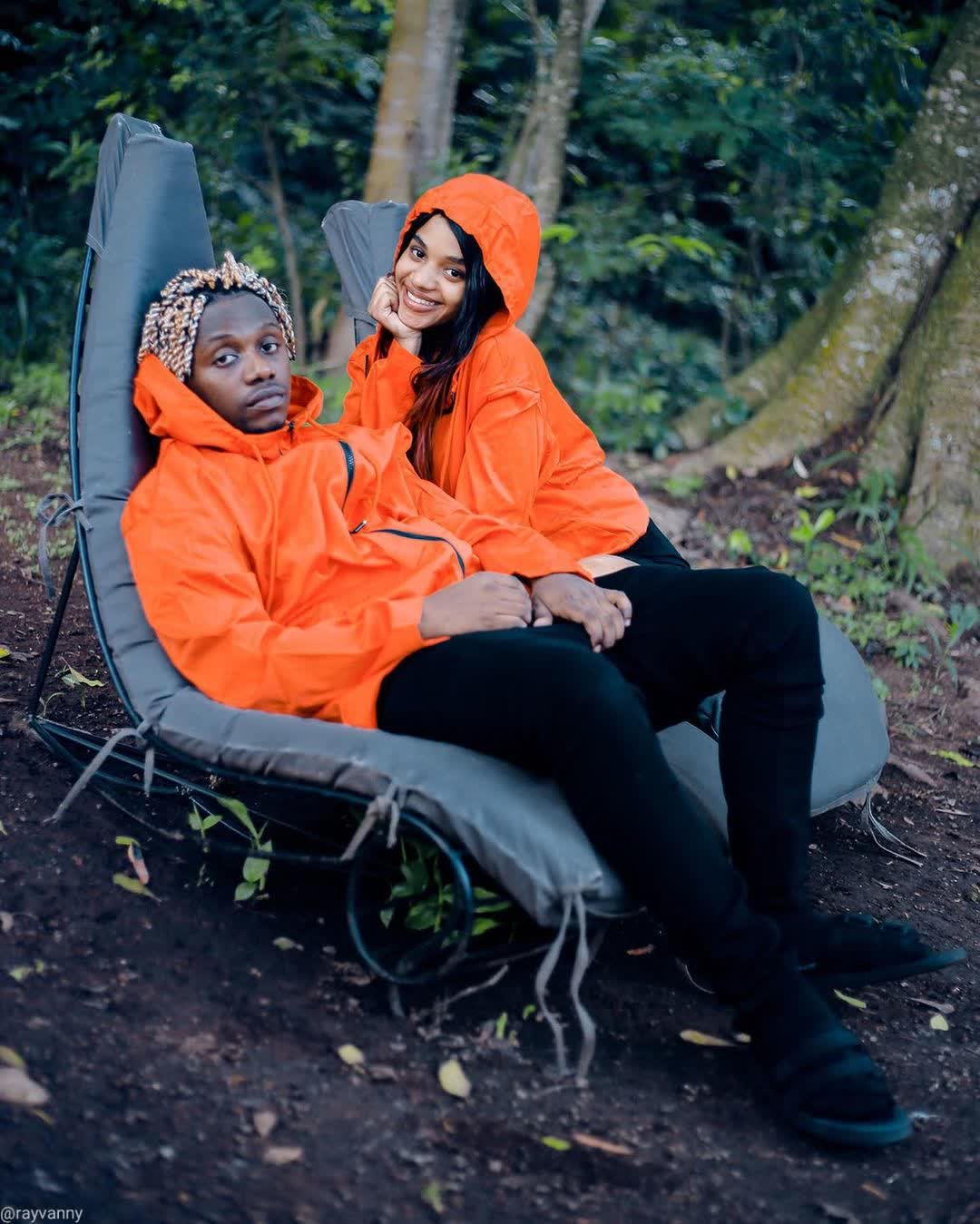 Netizens first learnt about Rayvanny and Paula’s relationship at the beginning of this year after Rayvanny shared a cozy video of them cuddling on his Insta-stories.

Rayvanny got criticized for sharing the video prompting him to keep their relationship a secret for several months. 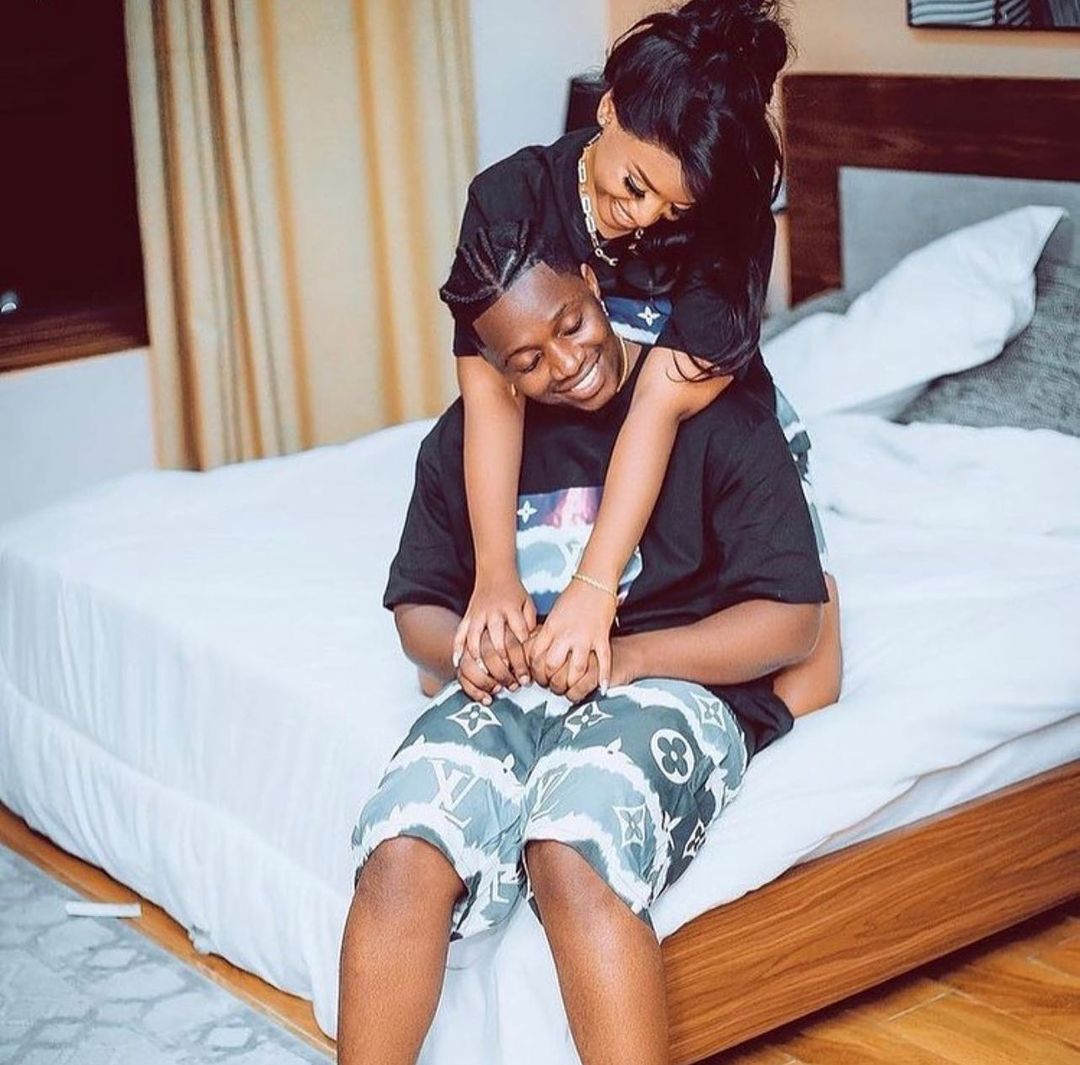 Later on, Rayvanny and Paula officially publicized their relationship by sharing several loved up photos on their respective social media accounts. 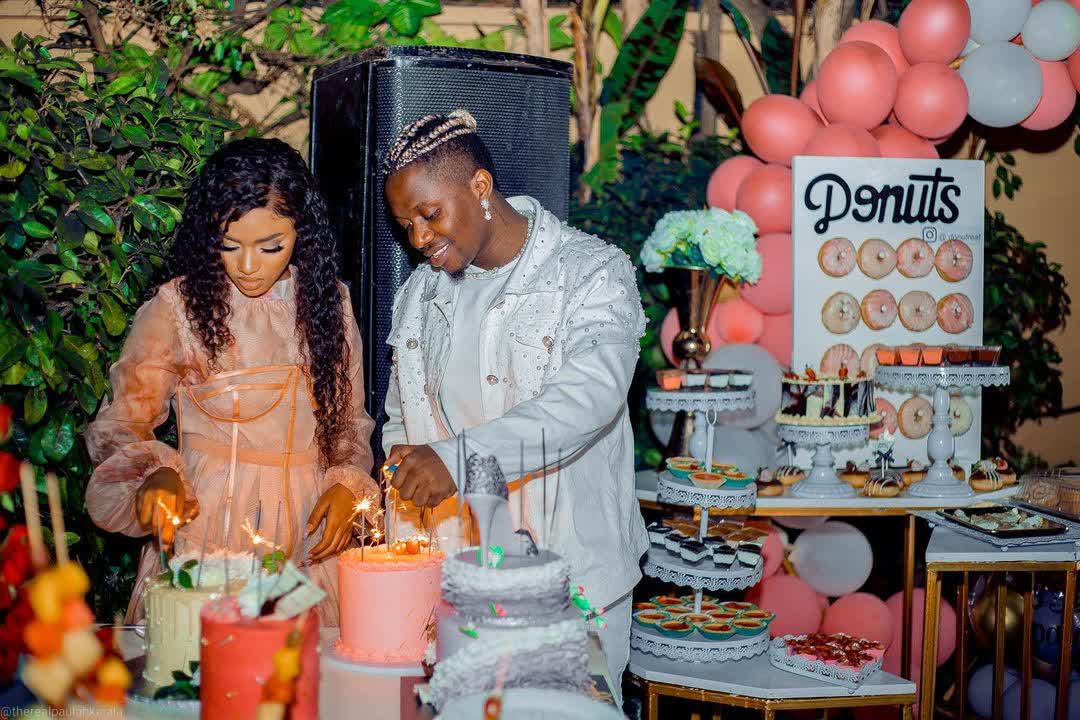 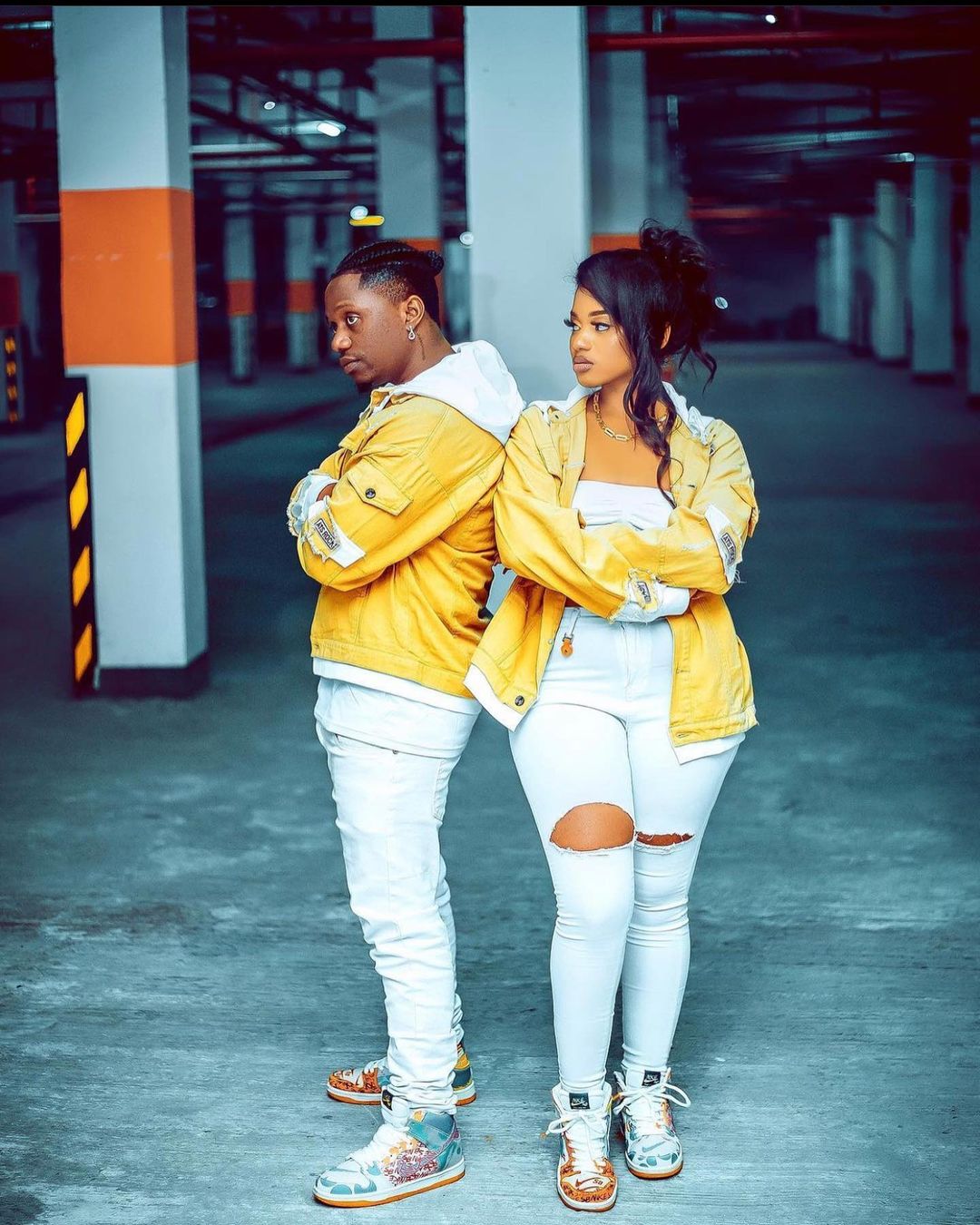 As many congratulated the new couple in town, Fahyma was displeased by the news.

In a series of posts on her Insta-stories, Fahyma lashed out at Rayvanny and blamed him for destroying their family. 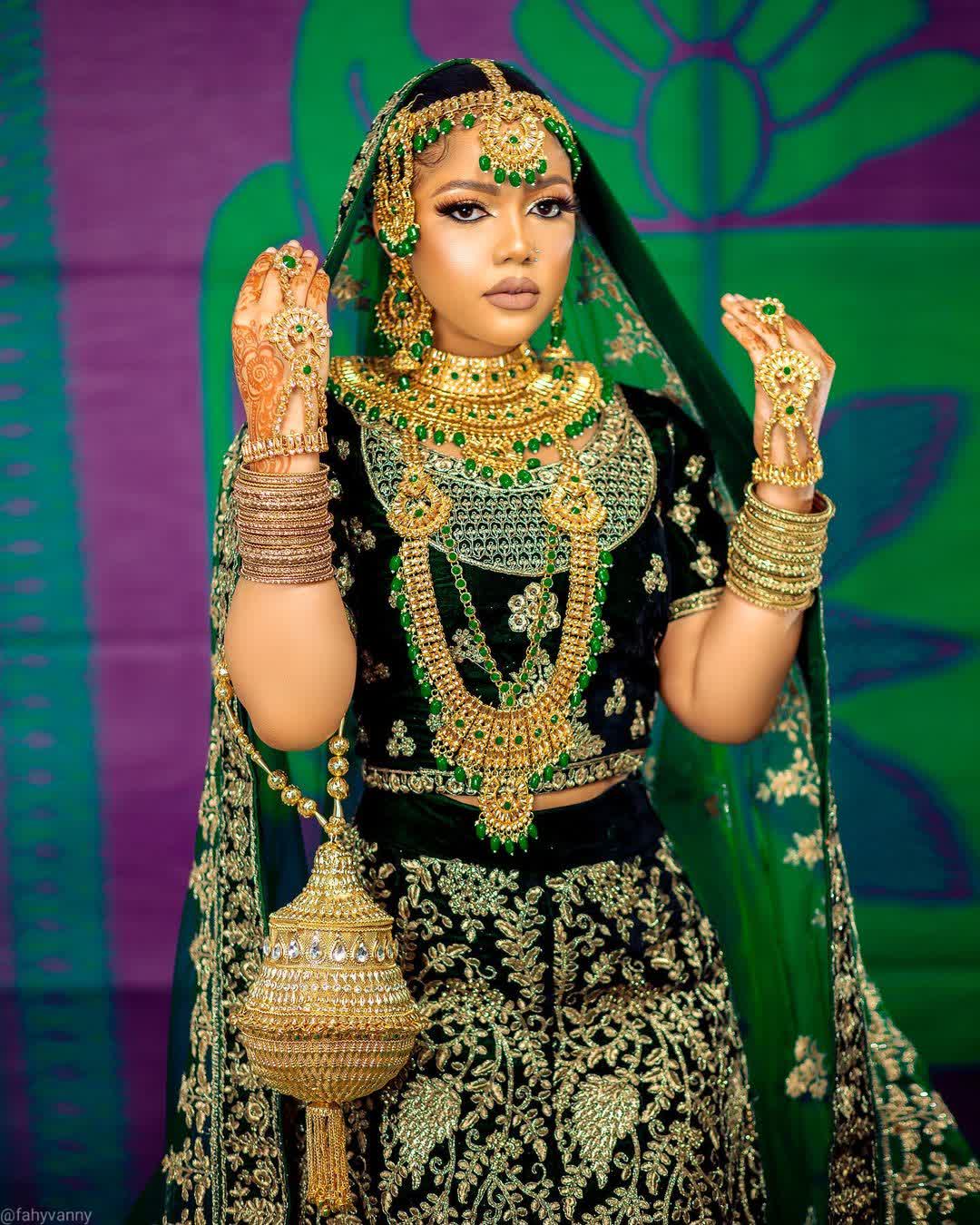 She accused him of constantly embarrassing her and their son instead of protecting them from the negativity in society. 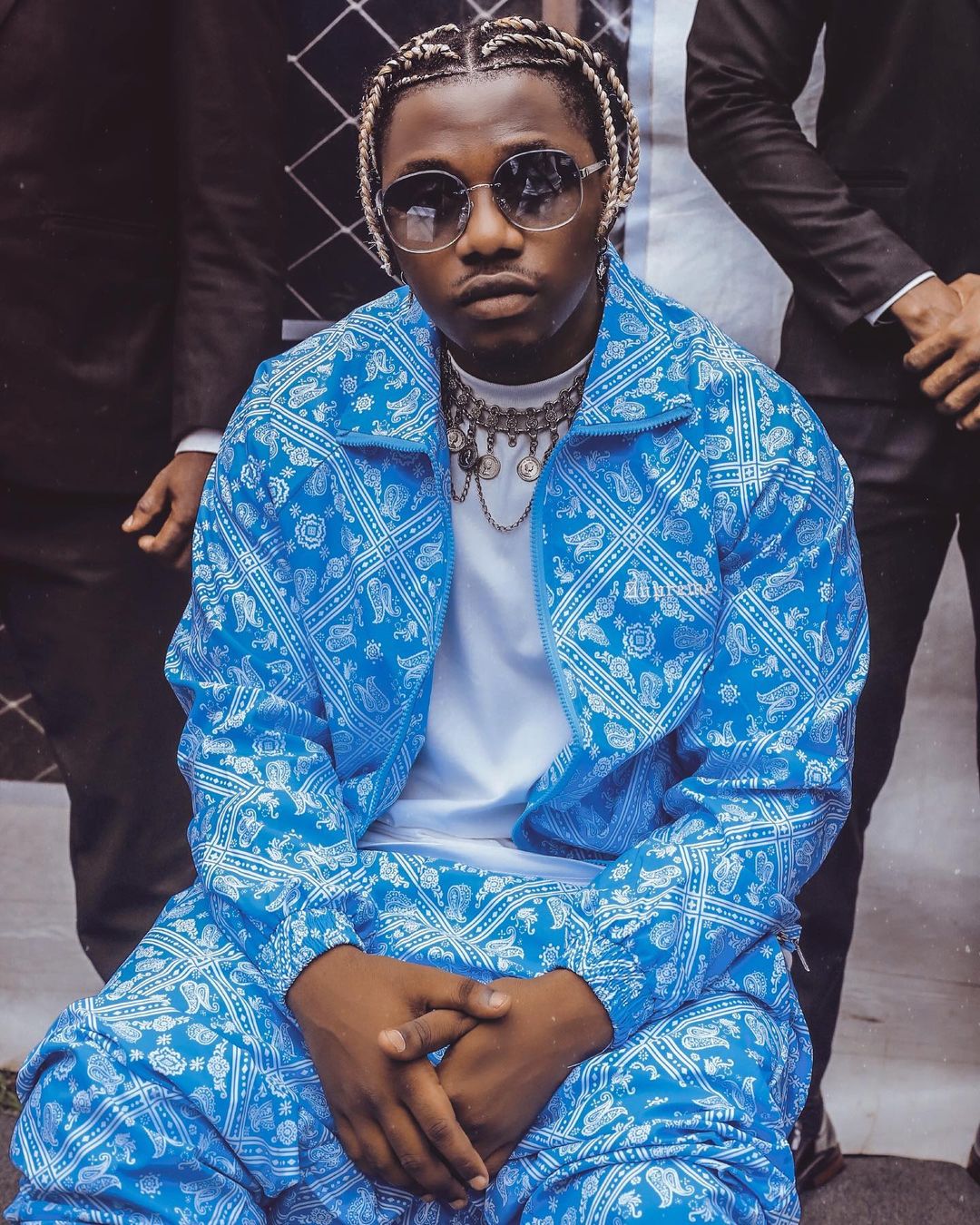 Translation: "Please let me say that you have destroyed this family with your own hands. There is a day when God will remind you. You are failing to protect your family from bad things. But every day you have been at the front line to humiliate us in society"

Fahyma also disclosed that she has been deceived and made a fool of by Rayvanny several times. 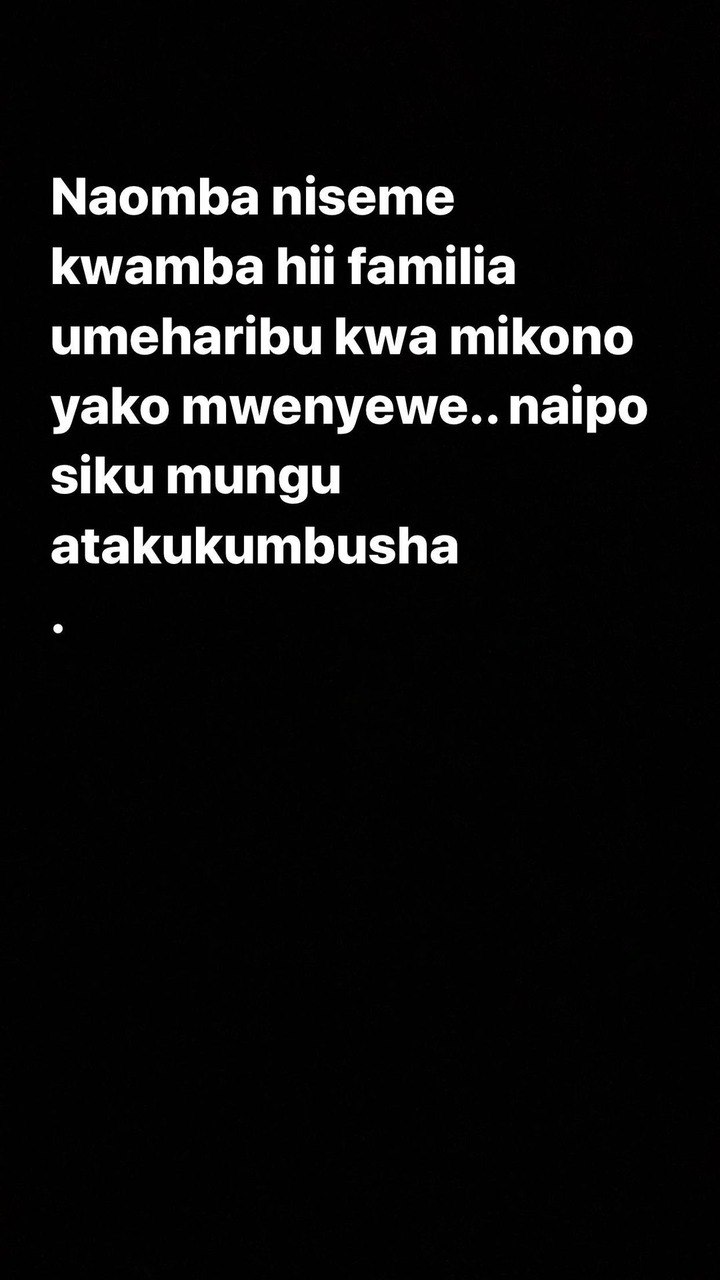 In the same post, she asked Rayvanny to stay away from her and their son and continue life with his new family. She also said that she would raise their son by herself.

Translation: "For simplicity I have no relationship with you anymore. You have deceived me enough. keep up with your new family. Leave me and my baby alone. Stay 100m far away from us" 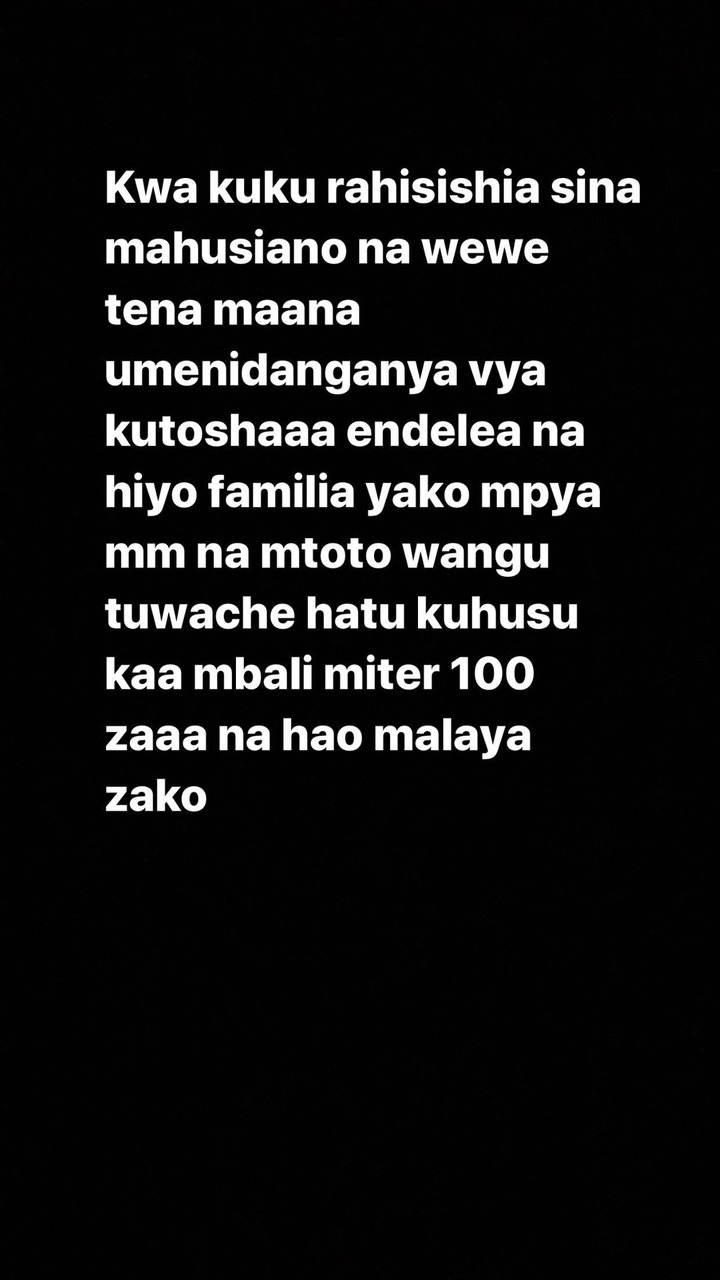 However, it seems like the rage and bad blood is in the past as Fahyma recently revealed that she and the singer are on good terms.

While speaking on Wasafi FM, Fahvanny told Diva thee Bawse that they both put the past behind them and are now co-parenting. 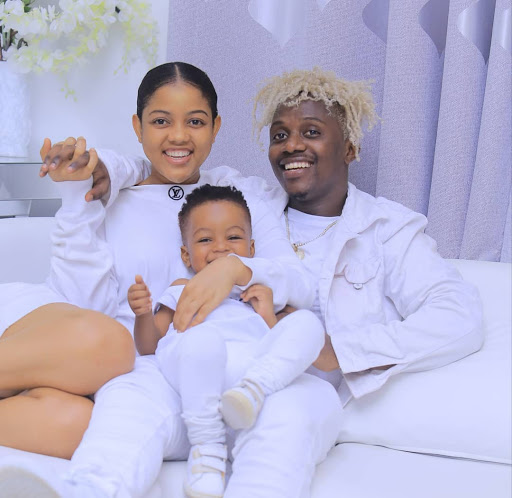