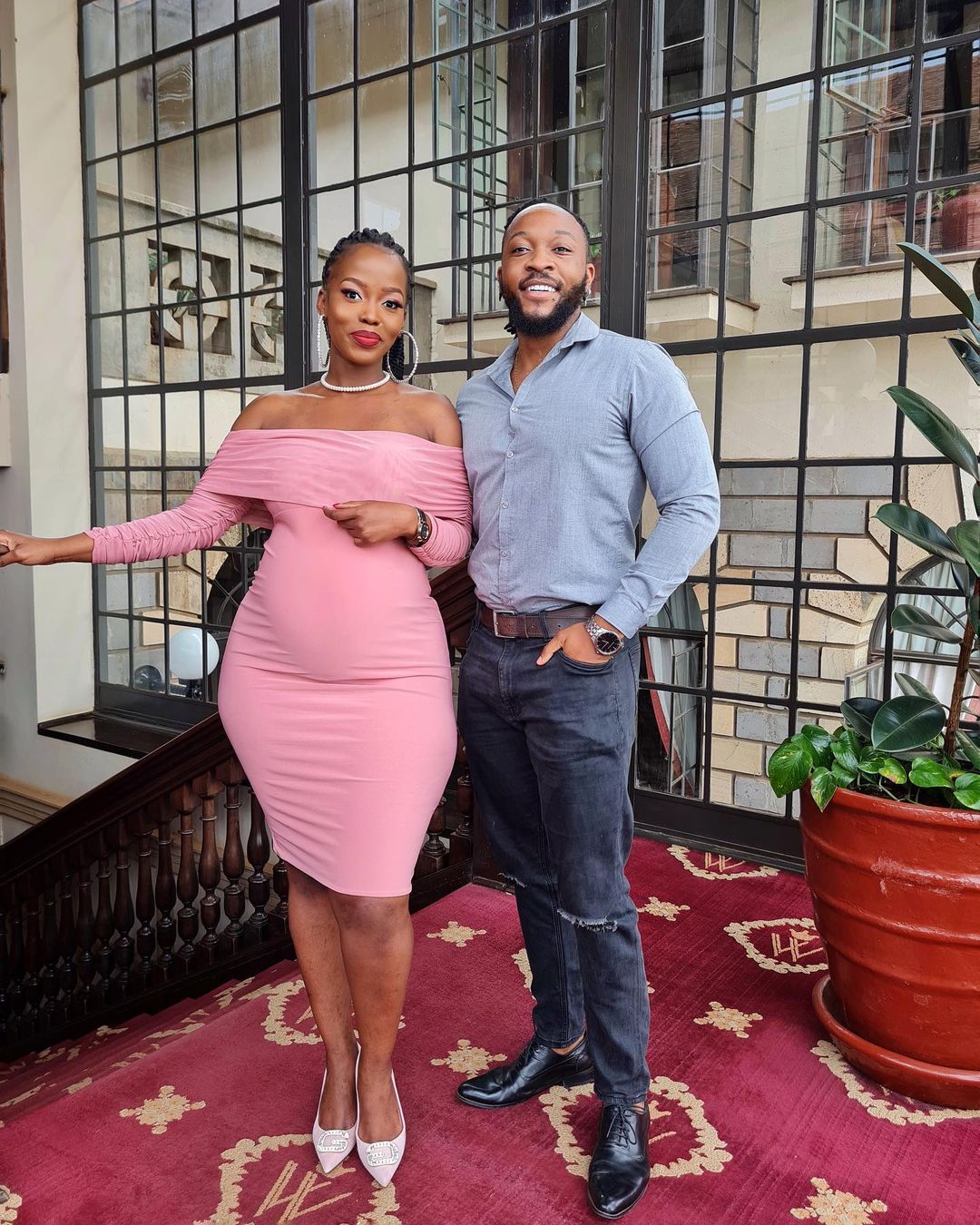 Kenyan Youtuber and Fitness Coach Frankie Kiarie, Alias Frankie Just Gym It, Recently Received Praise From Netizens For How He Treated His Gorgeous Girlfriend Socialite Corazon Kwamboka After She Gave Birth To Their Second Child.

It all started after Corazon shared a video promoting Frankie’s new YouTube vlog about the birth of their daughter.

In the video, Corazon had just finished using the toilet, and Frankie was wiping her with a cloth and water.

“One of the many reasons why I love this man” Corazon captioned the video. 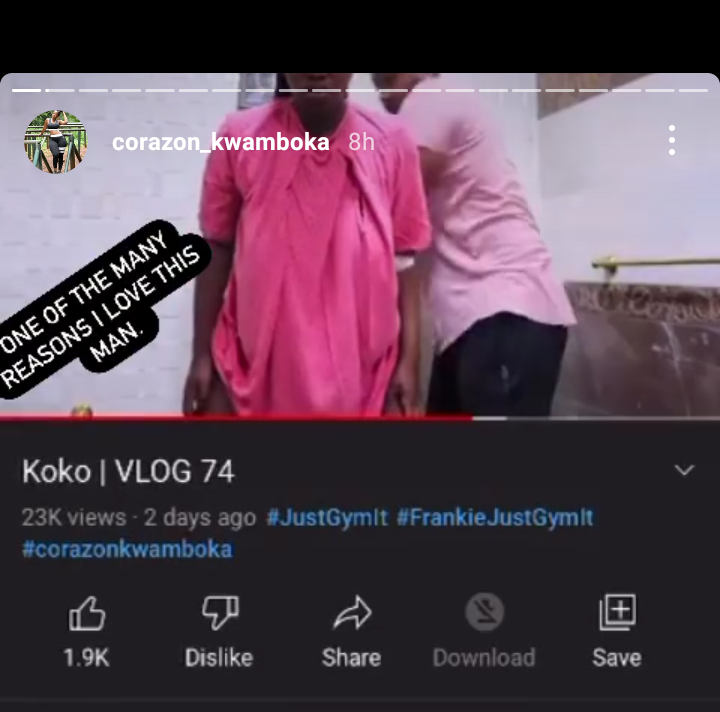 Netizens were touched by how Frankie treated Corazon, and they shared their opinions online. Many were impressed by his active involvement and hands-on care while at the hospital. 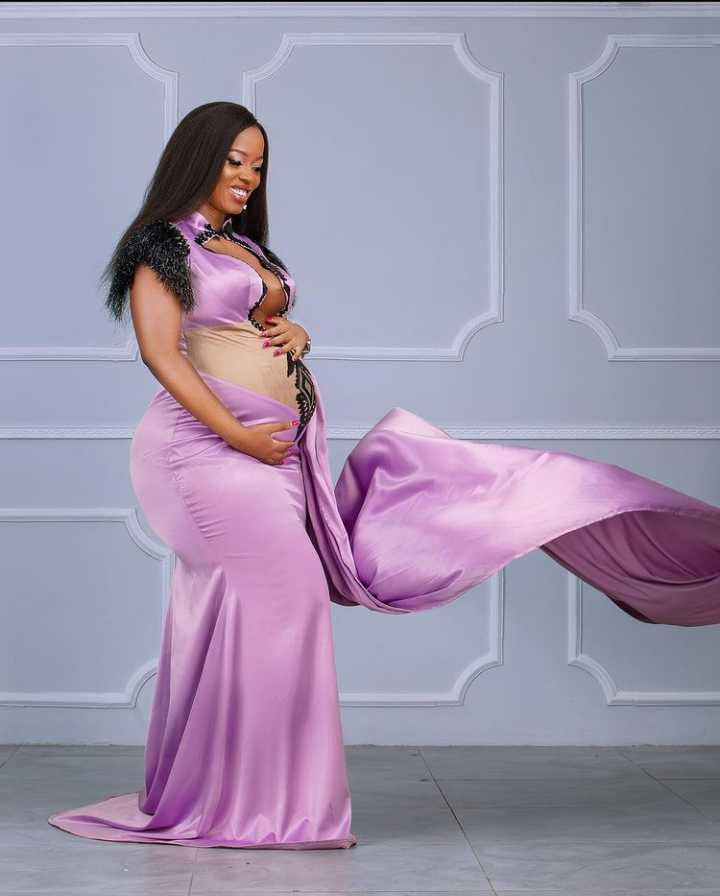 While some referred to Frankie as the perfect spouse, others drew life lessons from his relationship with Corazon.

A fan wrote, “Just watched Corazon Kwamboka’s birth vlog and I genuinely want to cry. Every woman deserves a man that will take care of her after she gives birth like Frankie took care of Corazon” 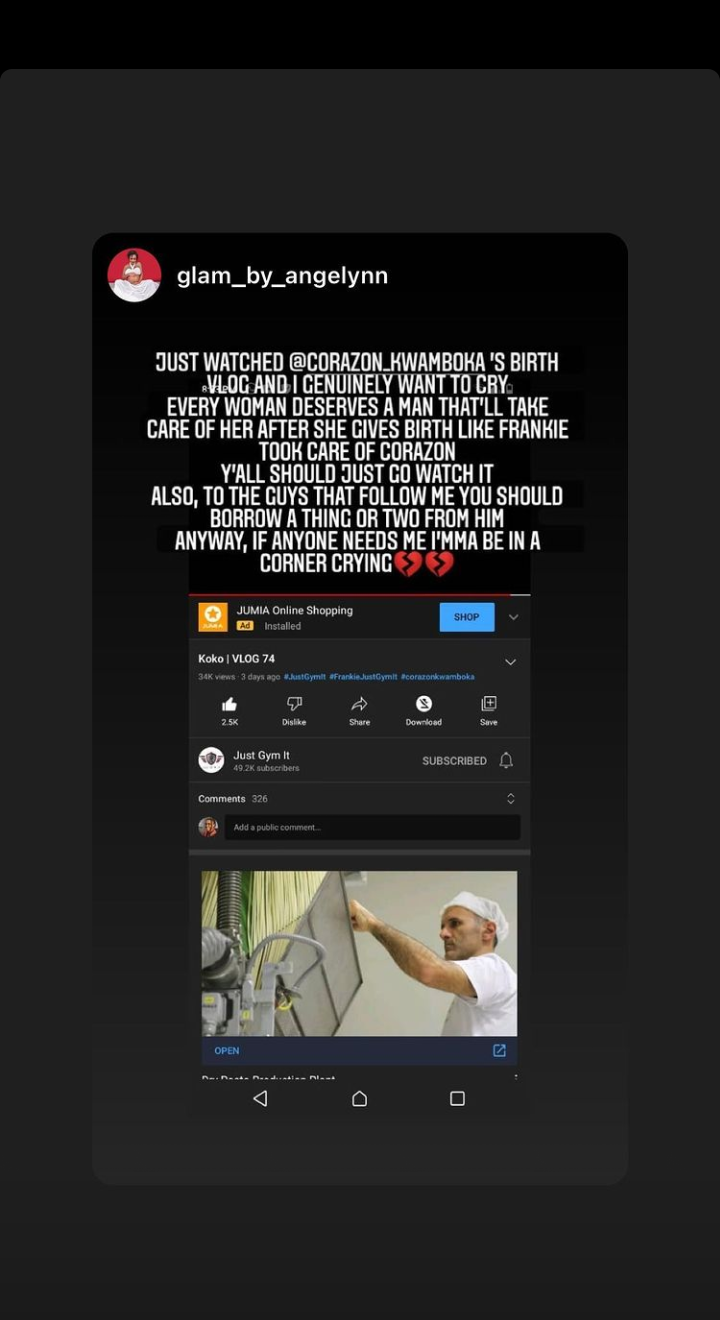 Another fan wrote, “You are blessed with a whole lot of gifts, the babies and the man being there at all times. I’ve learnt one thing in a relationship that keeps it going is having your spouse as your best friend” 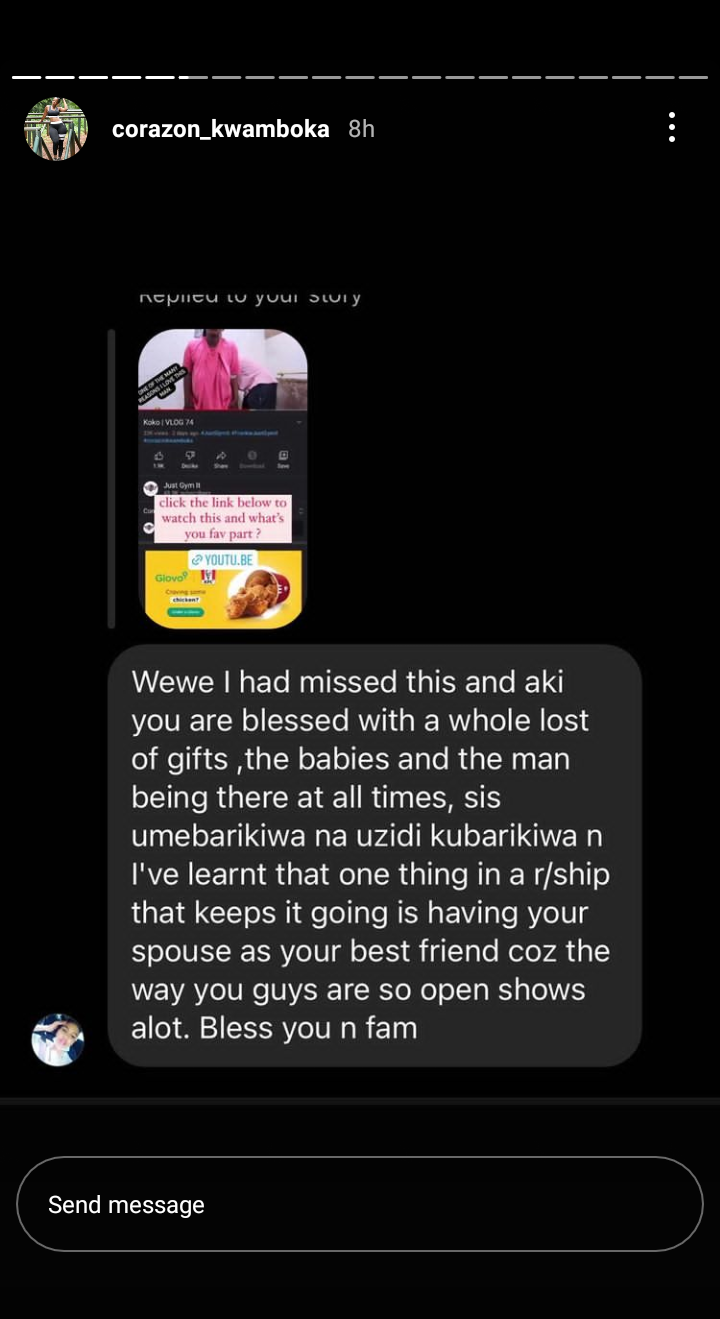 As fans of the couple reacted to Frankie’s gesture of affection, Corazon also gave her two cents through a post on her Insta-stories.

Corazon revealed that her favourite part of her birth video was her intimate moments with Frankie. She added that it reminded her of how much she needed him.

“I like reliving moments like this to remind me how vulnerable I am or can be. And how strong I can be. Bringing life into this world isn’t easy. It’s painful and gross but out of it all is a beautiful gift.” Said Corazon. 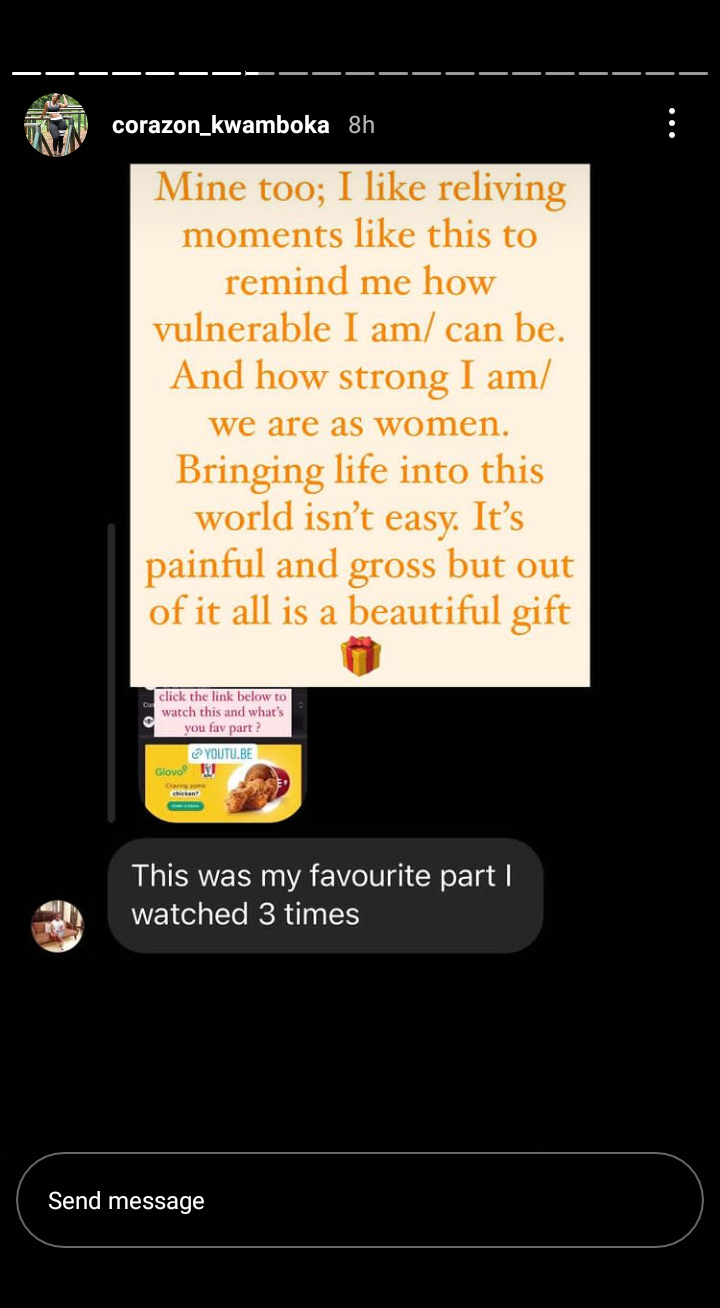 Corazon and Frankie announced the birth of their daughter on Instagram through a post on their respective social media platforms.

In Corazon’s post, she shared a photo of herself holding her baby. She accompanied the picture with a backstory of her delivery process.

Corazon disclosed that she had no labour pains because she opted for a C-Section. 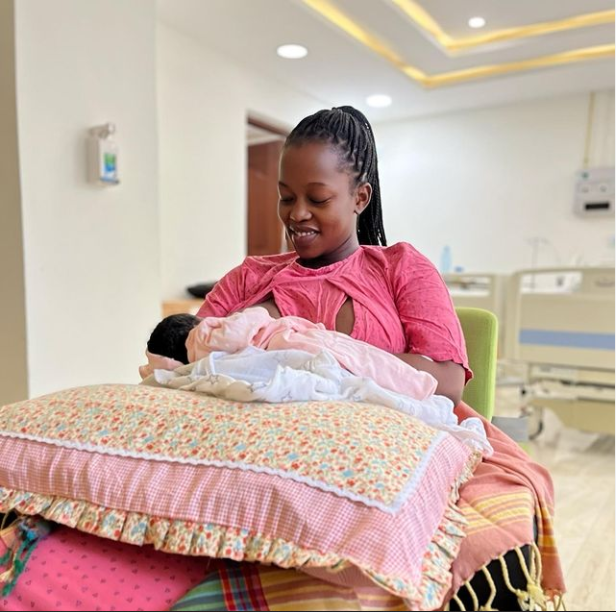 "Zero hours of labor, 1hr 15 mins inside theatre, and 6 hours of lying on my back with drips and chills, unable to twist or turn, I am finally holding my little girl. Thank you for choosing us to be your parents koko. We can’t wait to show you the world and love you forever.” She wrote. On the other hand, Frankie shared a video of himself dancing while holding his daughter. He also accompanied the video with an adorable message dedicated to her.

In the message, Frankie referred to his daughter as one of the best treasures in his life and added that he was eager for her future. 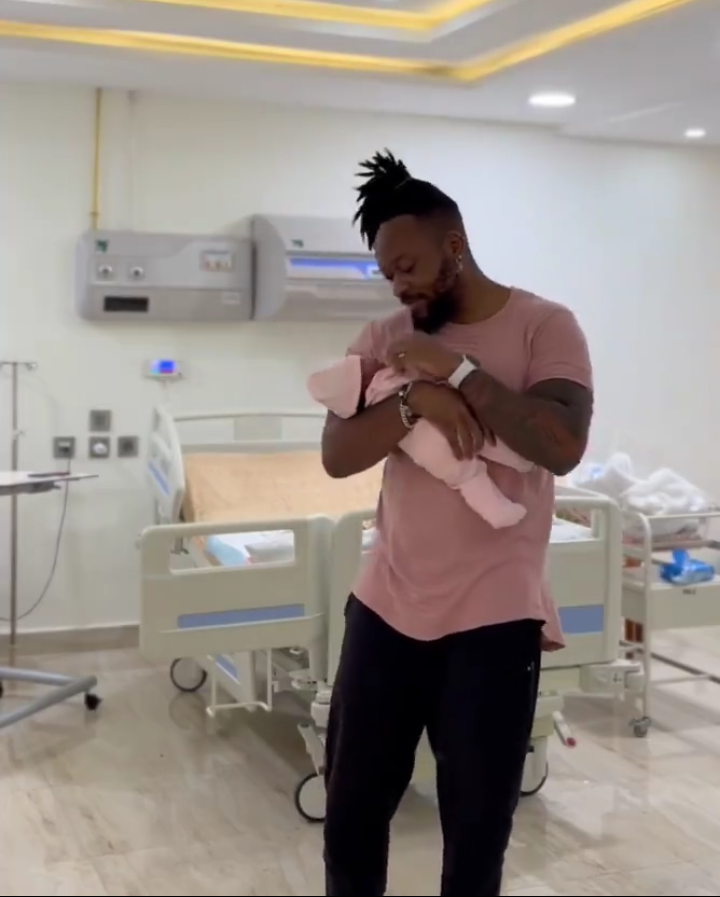 “First dance. First embrace. First kiss. She’s one of my greatest treasures in life and I cannot wait to see what a great woman she’ll surely become” Frankie wrote. 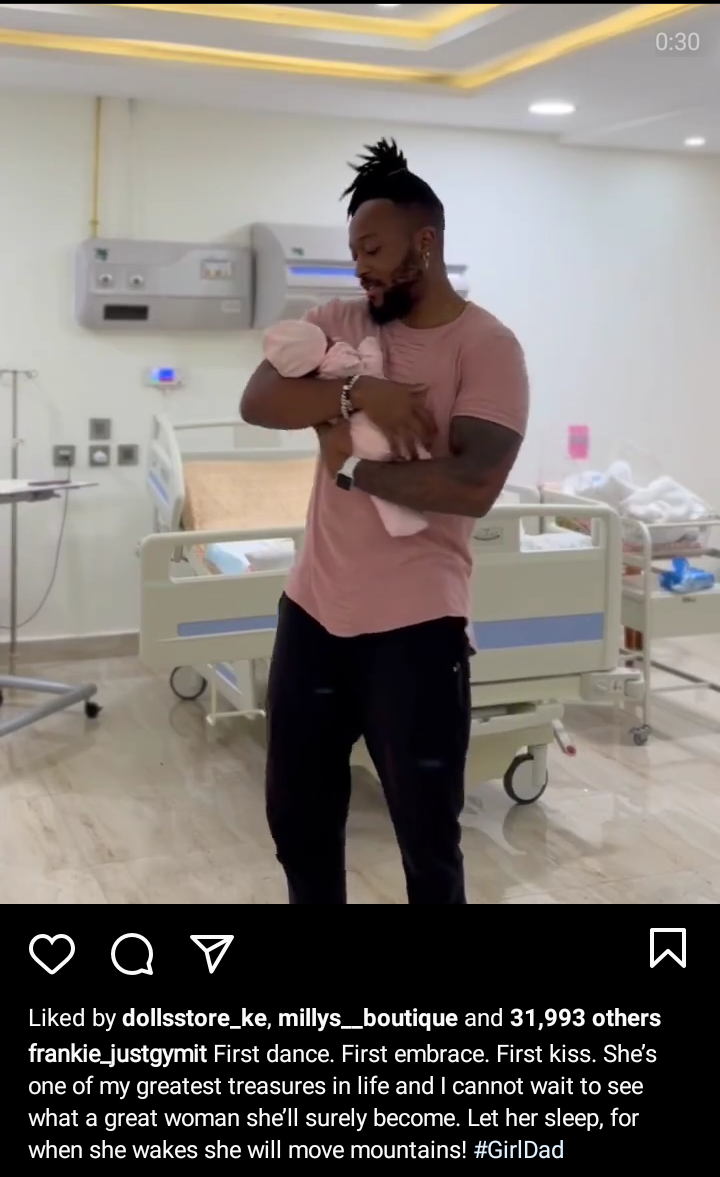 Frankie’s Children and Their Mothers

Frankie currently has four children altogether. His first two sons Alexander and Kai, are by his ex-fiancé Maureen Waititu. 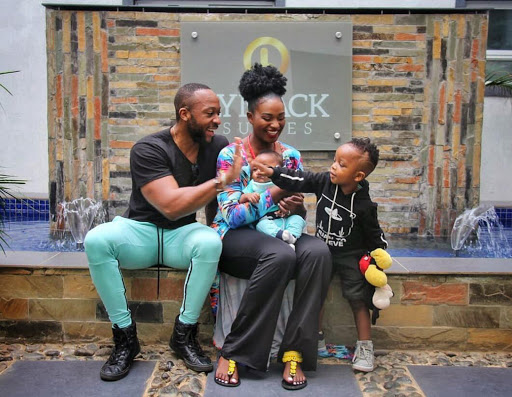 His youngest son Tayari and his only daughter Koko are with his current Fiancé, Socialite Corazon Kwamboka. 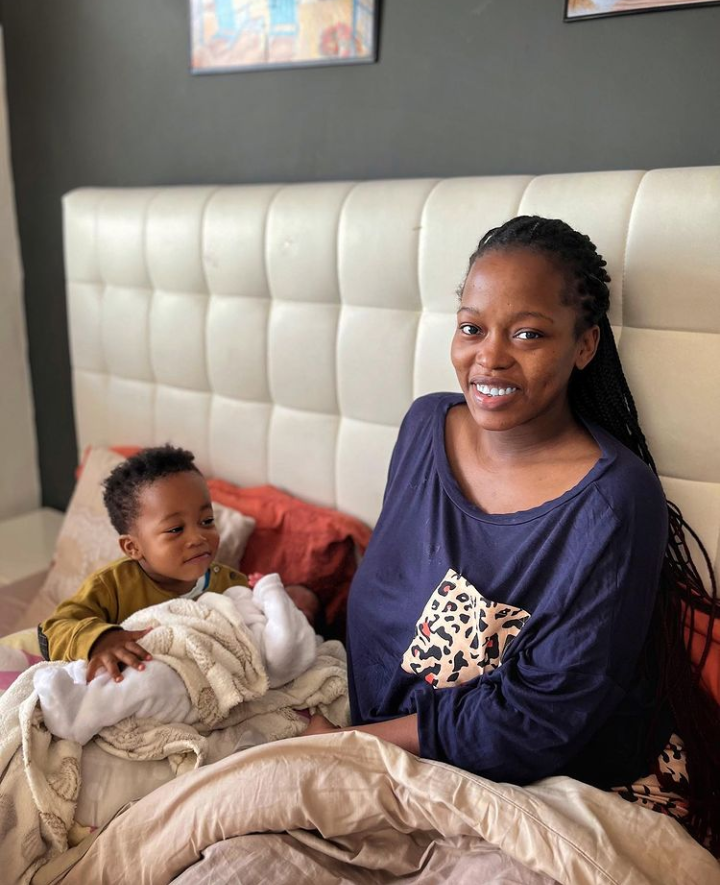