"They Said I downgraded, now they envy me" Says Vera Sidika as she Praises Her Husband 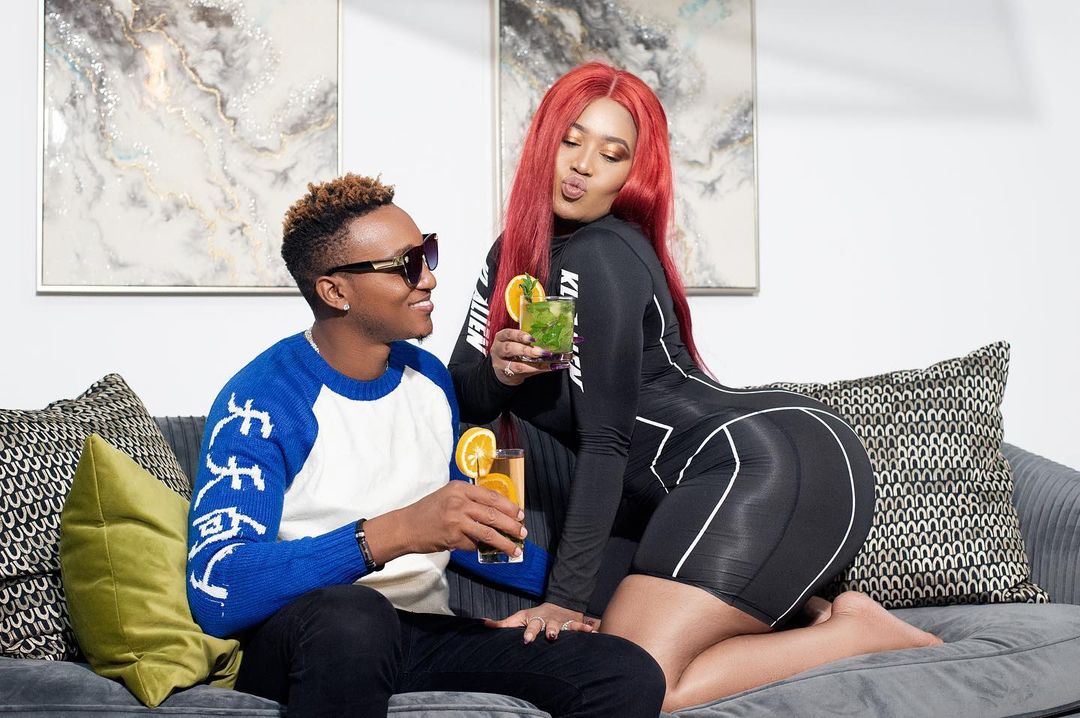 Kenyan Socialite Vera Sidika Recently Took to Her Social Media To Praise Her Husband And Bash Fans Who Keep Spewing Hate On Her Platform. 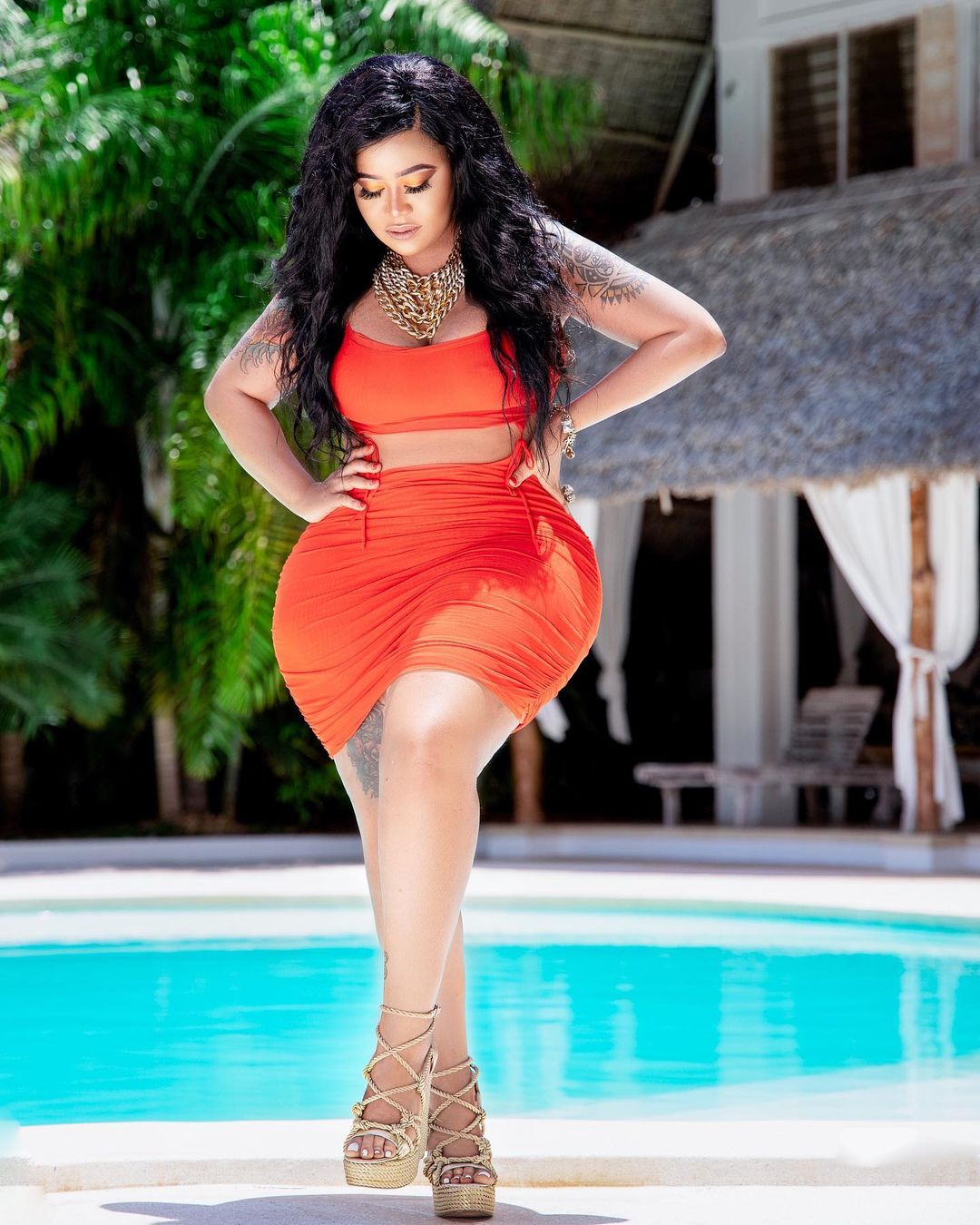 Vera said people once insulted her and said she had settled for less by marrying her husband, singer Mauzo Brown. She added that those people now envy him because he has proved them wrong.

“They said he’s the worst man I ever dated. That I downgraded. Today the same motivational speakers envy me. They say I have a perfect man who values and respects me and a super caring hubby and father” said Vera.

Vera added that people who disrespected her husband now wish they could retract their words after they’ve witnessed how respectful and loving he is towards her.

Vera further explained that her husband Mauzo Brown never opens his DM even if she often tells him to do so. She said that he usually gives her his phone to help him go through his messages. 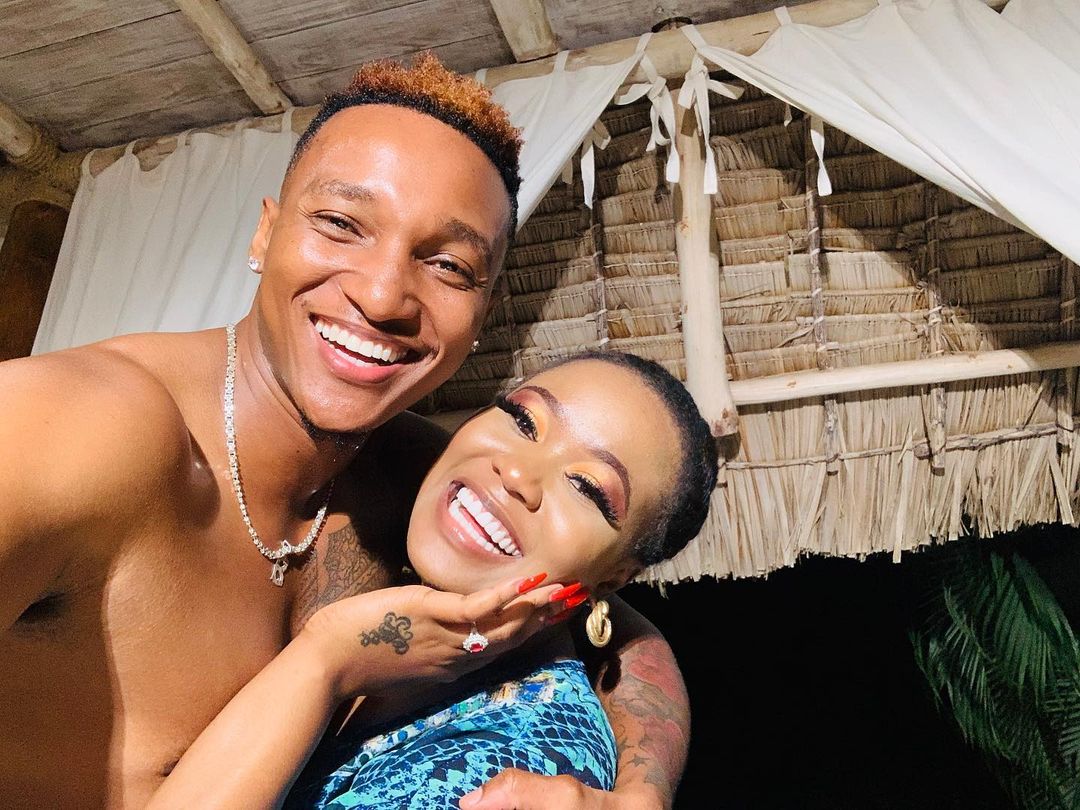 Vera also said she knows the people who often message her husband because she has seen their messages.

“But for real, he doesn’t even look at his DMs at all. I’m the one who keeps telling him to check in case someone texts business and even then, he insists that I check for him the business texts and delete the other DMs. So kama you’ve been roaming those areas know I’ve seen you” 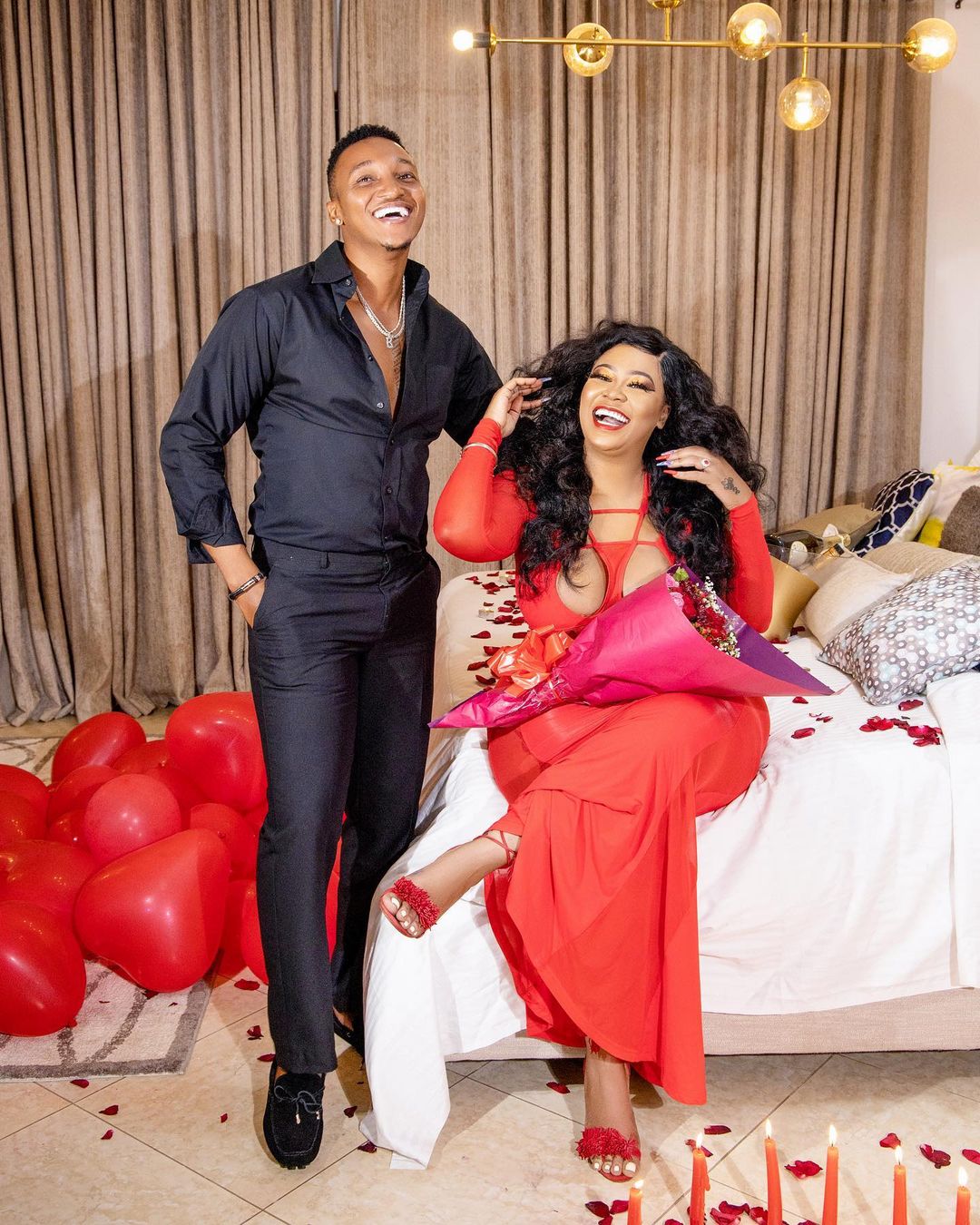 He Does Not Smoke or Take Alcohol

Vera said that her husband has never smoked or taken alcohol since birth. She added that he does not party, and he only goes to the club when he has a performance.

“He’s never in his life taken alcohol. Ata sip moja. Never smoked anything not even sheesha etc. He’s never been to club/bar ati for fun unless he’s performing. He doesn’t go out” 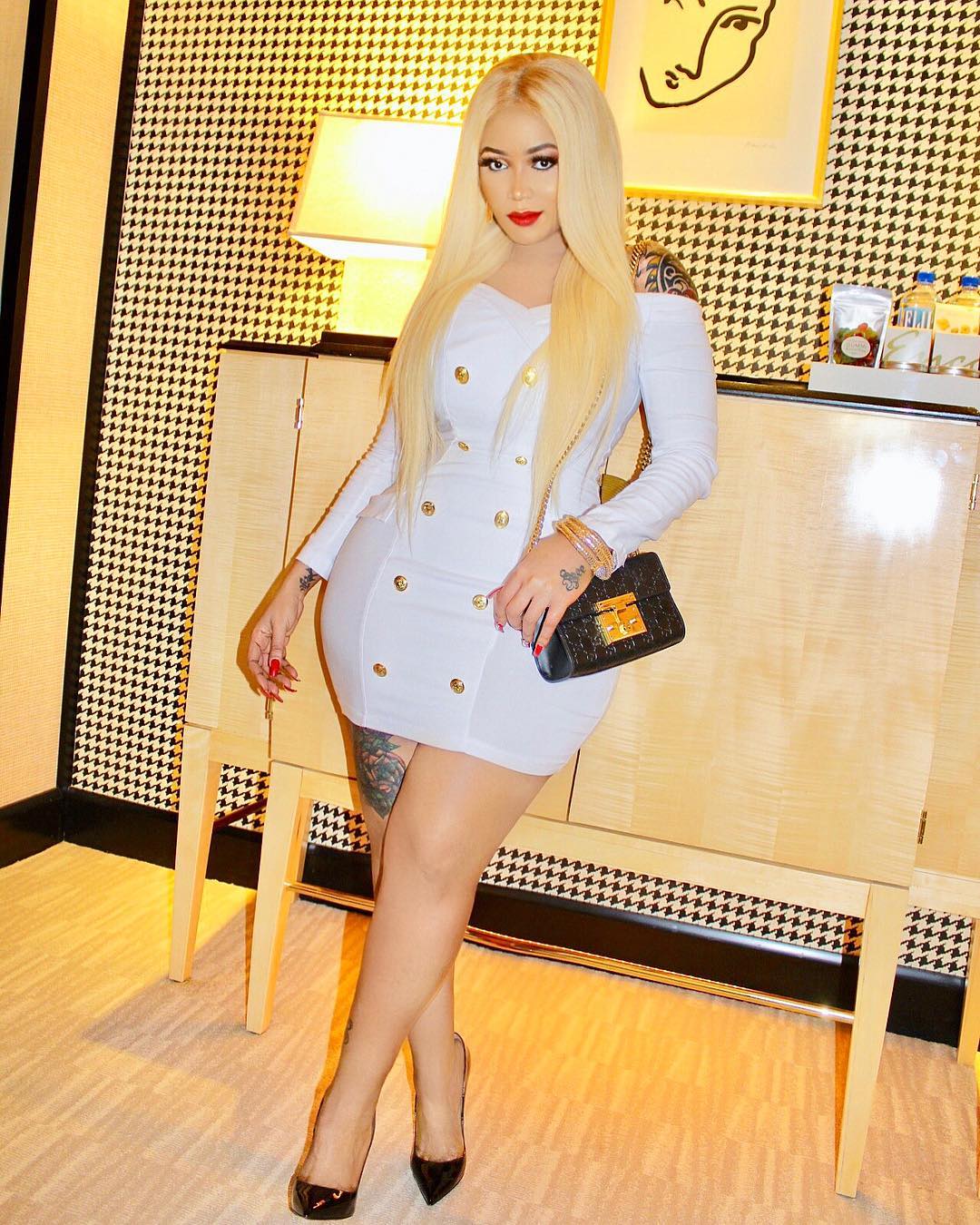 “God showed out and blessed me with my mr. right. So grateful. Especially after terrible toxic relationships” She concluded.

Vera also advised her fans not to let unconstructive criticism hinder them from being loved by the right man.

“Today all they do is wish they took back their words. Ladies don’t let these mosquitoes stop you from loving the right man because of their stupid opinions” 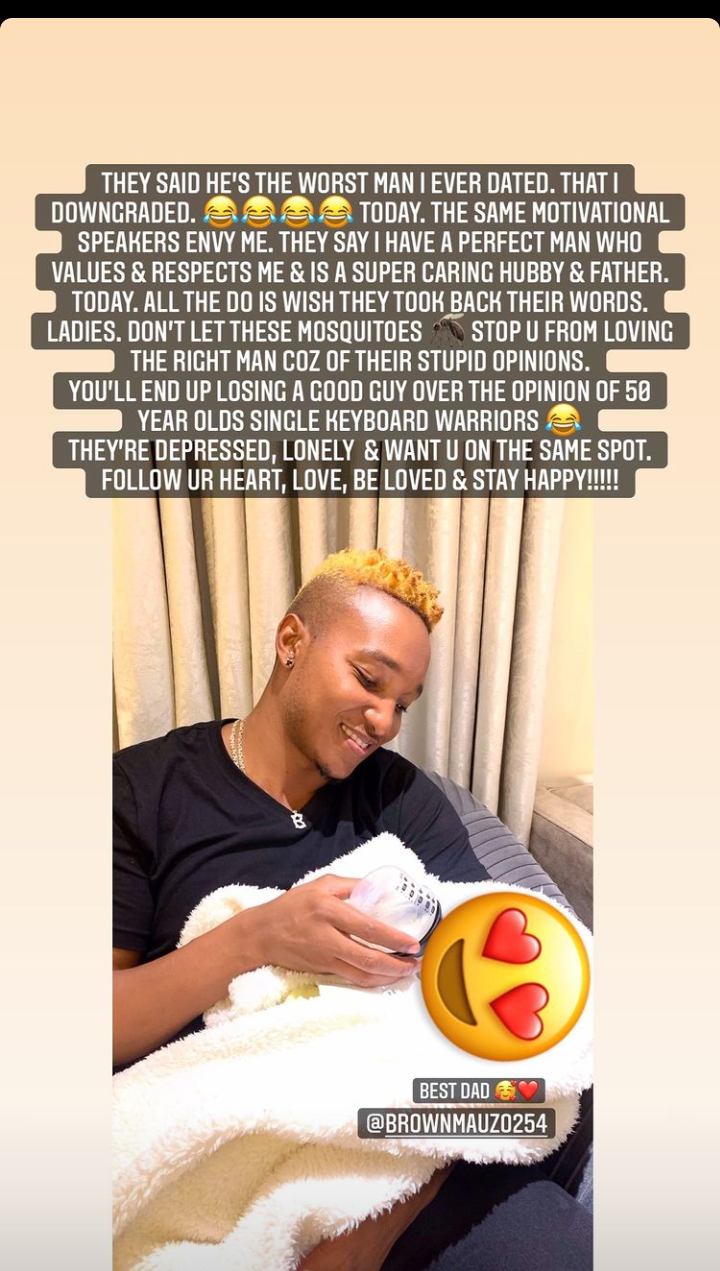 She added that listening to ill-advised advice from keyboard warriors will make one lose a good-natured man.

“You’ll end up losing a good guy over the opinion of 50-year-old single keyboard warriors. They’re depressed, lonely and want you on the same spot. Follow your heart, love and be loved” 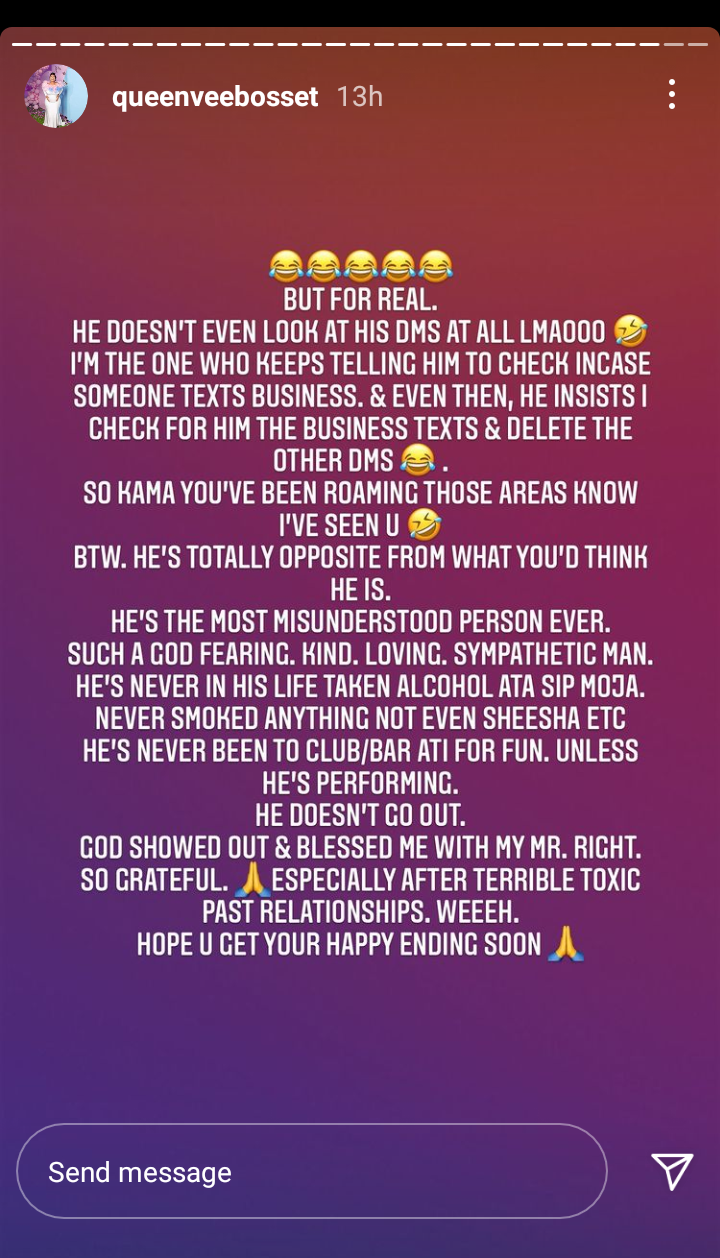