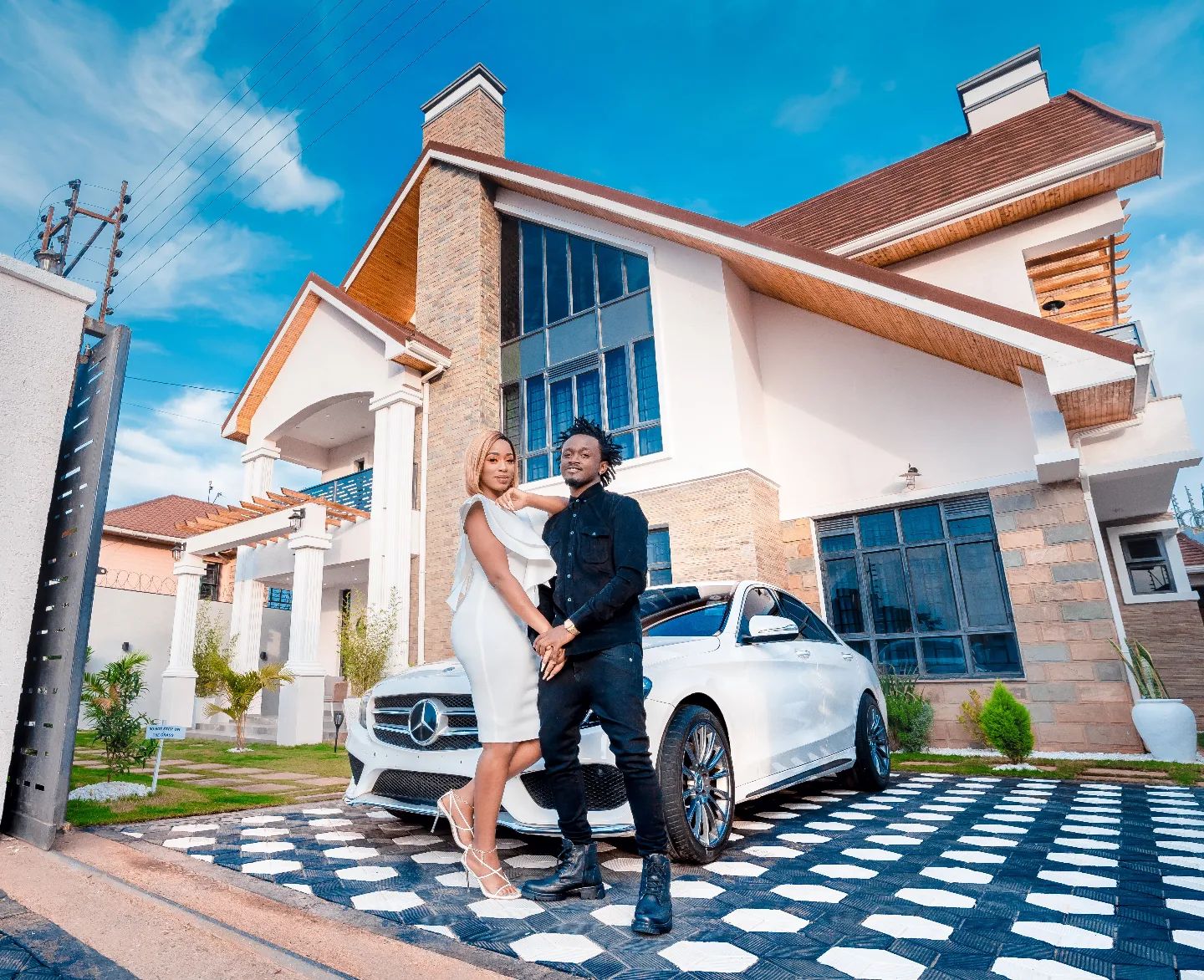 Kenyan gospel musician Kevin Kioko, also known as Bahati, has responded to those doubting his Valentines Day gifts to his girlfriend, Diana Marua. 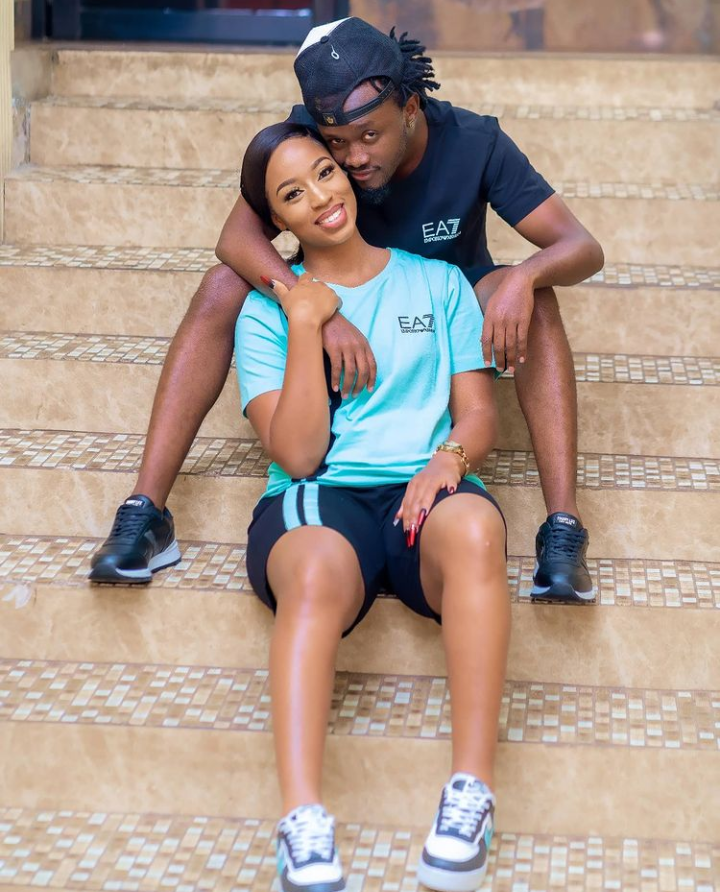 During Valentines Eve, Bahati and Diana created a YouTube series in which they promised to gift each other five gifts as a sign of affection.

Bahati gave Diana a Landcruiser Prado TX and a fully furnished multi-million mansion. Netizens reacted to his gifts by questioning whether they were real or just for show.

Bahati was displeased by these comments and assumptions, and he responded through a post on his Instagram.

Bahati said that people are skeptical about his expensive gifts to Diana because he comes from Mathare Slum.

Bahati stated that God has blessed him and changed his situation over the years, and that is why he could afford the mansion and vehicle he bought for Diana. 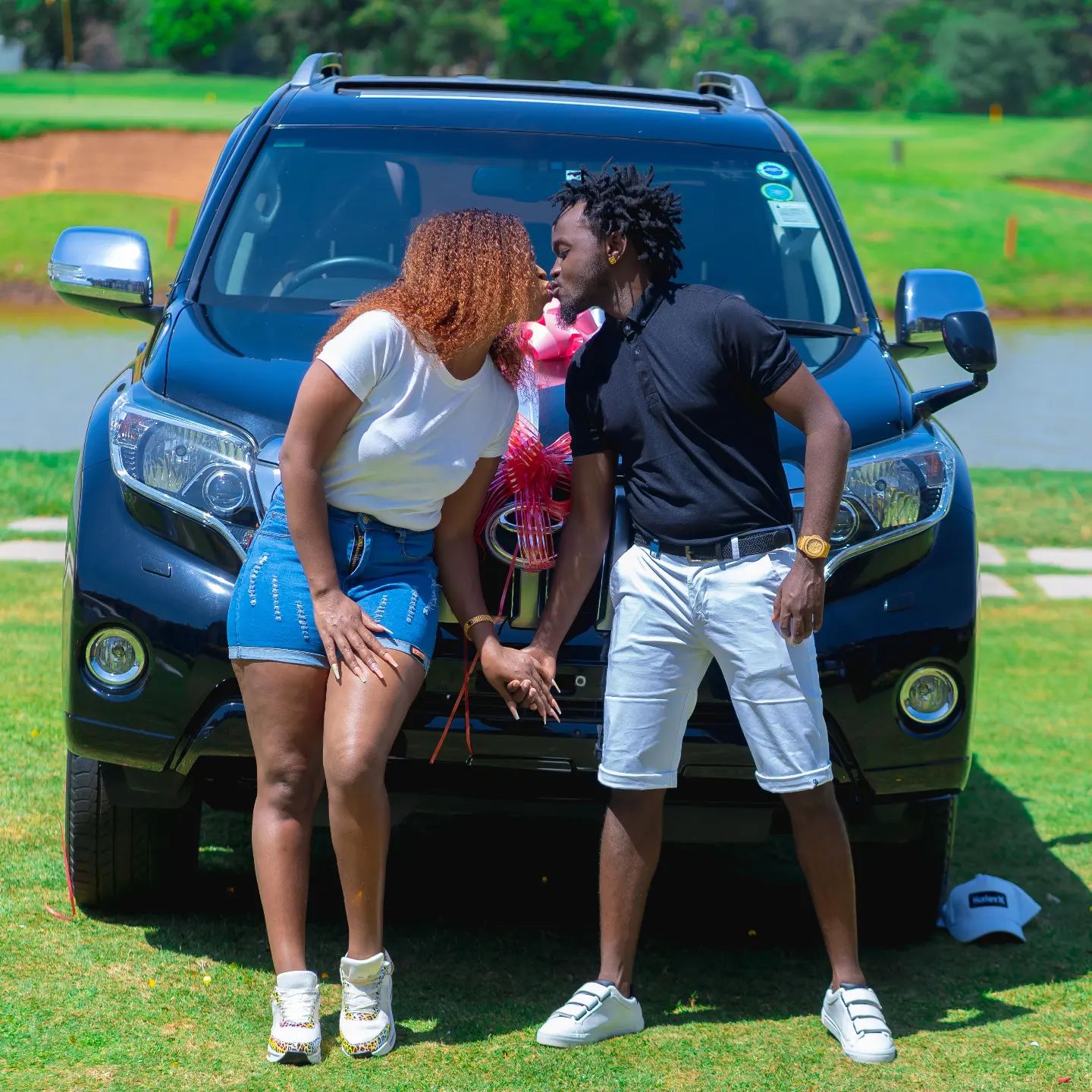 Bahati also shared a message for fans who were excited about his gifts to Diana. He told them that God would also change their situation as he did for him.

“Tô Those Who are Doubting That God Can Bless a Poor Boy From the Slums Let Me Confirm this; Yes "I AM A BOY FROM MATHARE SLUMS " and to Those that Believe God Can Raise a Man From Poverty to Glory "MAY GOD DO IT FOR YOU TOO IN JESUS NAME" The God I Who Raised Me is Faithful to Bless Anyone” wrote Bahati.

Many fans consoled Bahati and his girlfriend Diana was one of those who commented on the post. 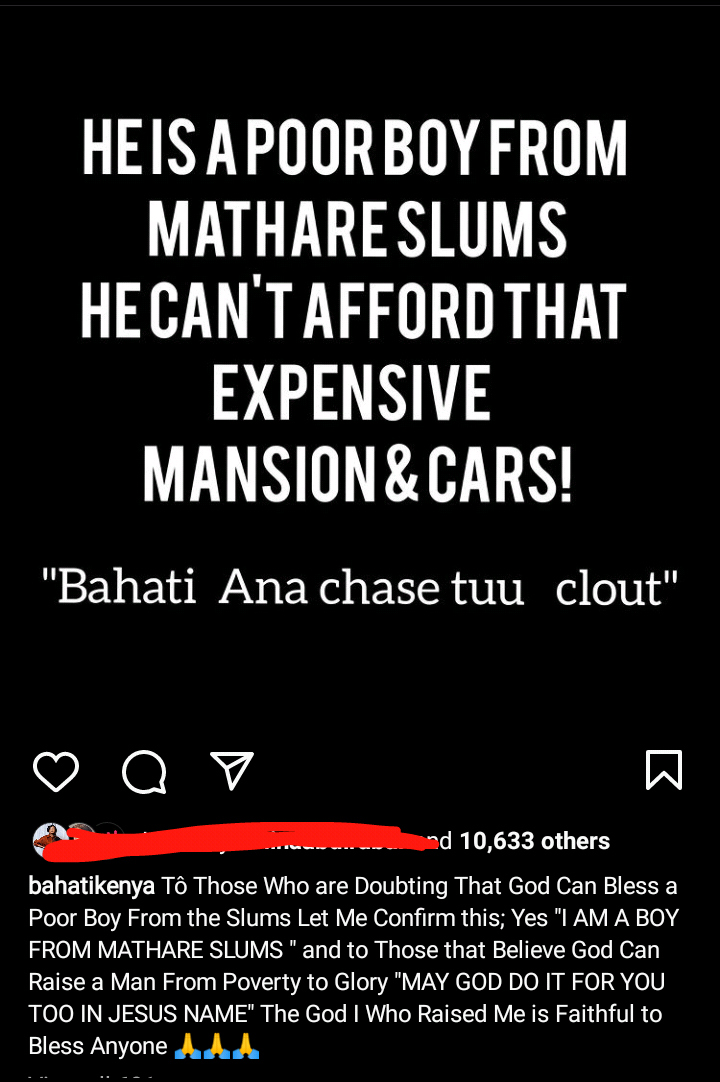 Diana cheered him on and urged him to keep proving their haters wrong. She wrote, “Amen, my baby!!! Prove them wrong. From grass to grace, you are highly favoured,”

All this drama comes three days after Bahati celebrated Diana on his Instagram.

In his post, Bahati announced that he had bought Diana a fully furnished house which he described as a small Valentines gift.

Bahati said he got her the house estimated at Ksh 27 million (Ush833million) to thank her for being his earthly pillar and backbone. 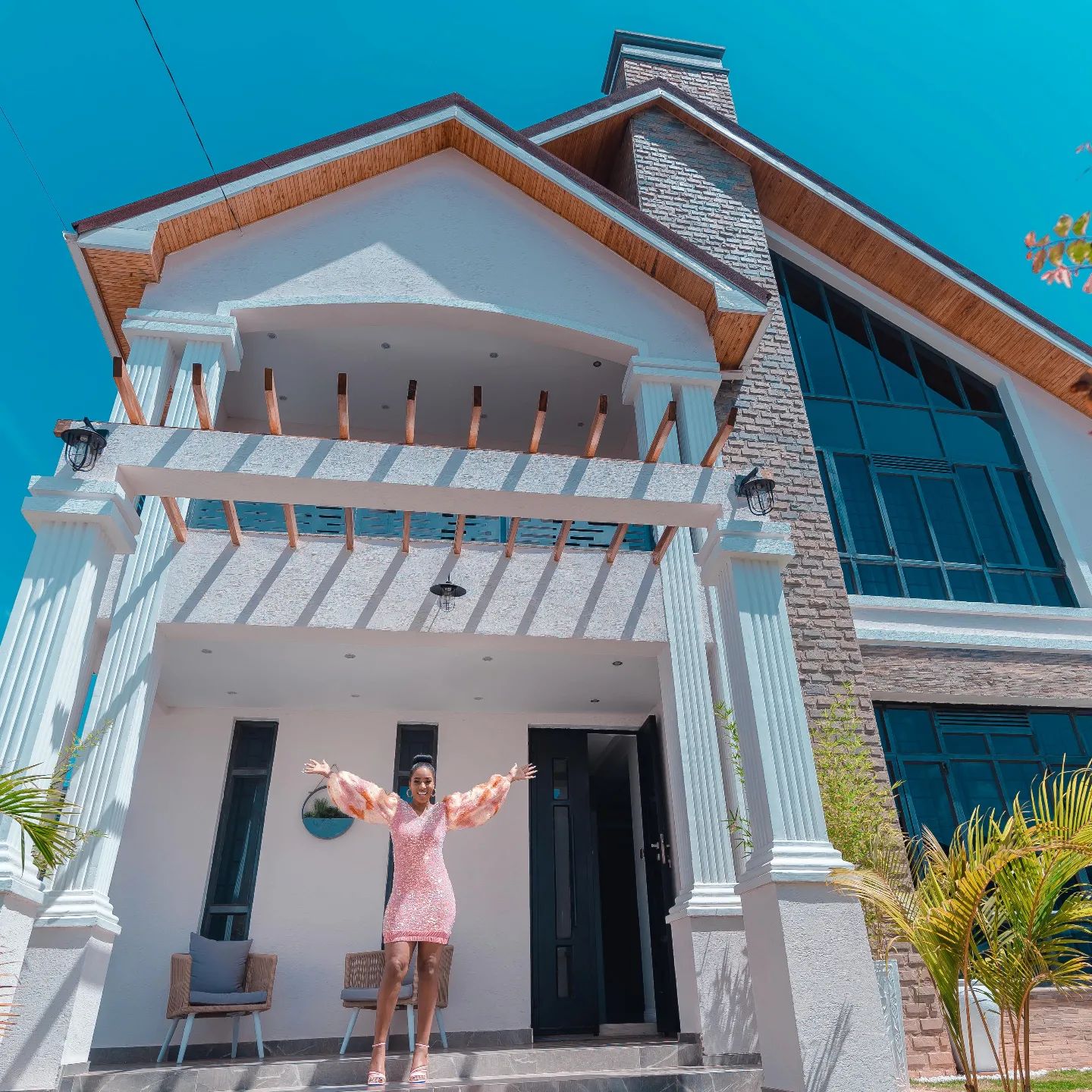 “I have bought another small valentines gift for my wife just to celebrate her for being my earthly pillar and backbone. I love you babe.” Wrote Bahati.

Bahati also urged her to give her fans a glimpse of the furnished interior before moving in.

“I request you to show our fans the inside to see how a king should furnish a palace for her queen…I'm glad you've loved it mama watoto; its fully furnished! now prepare to move in,” he wrote. 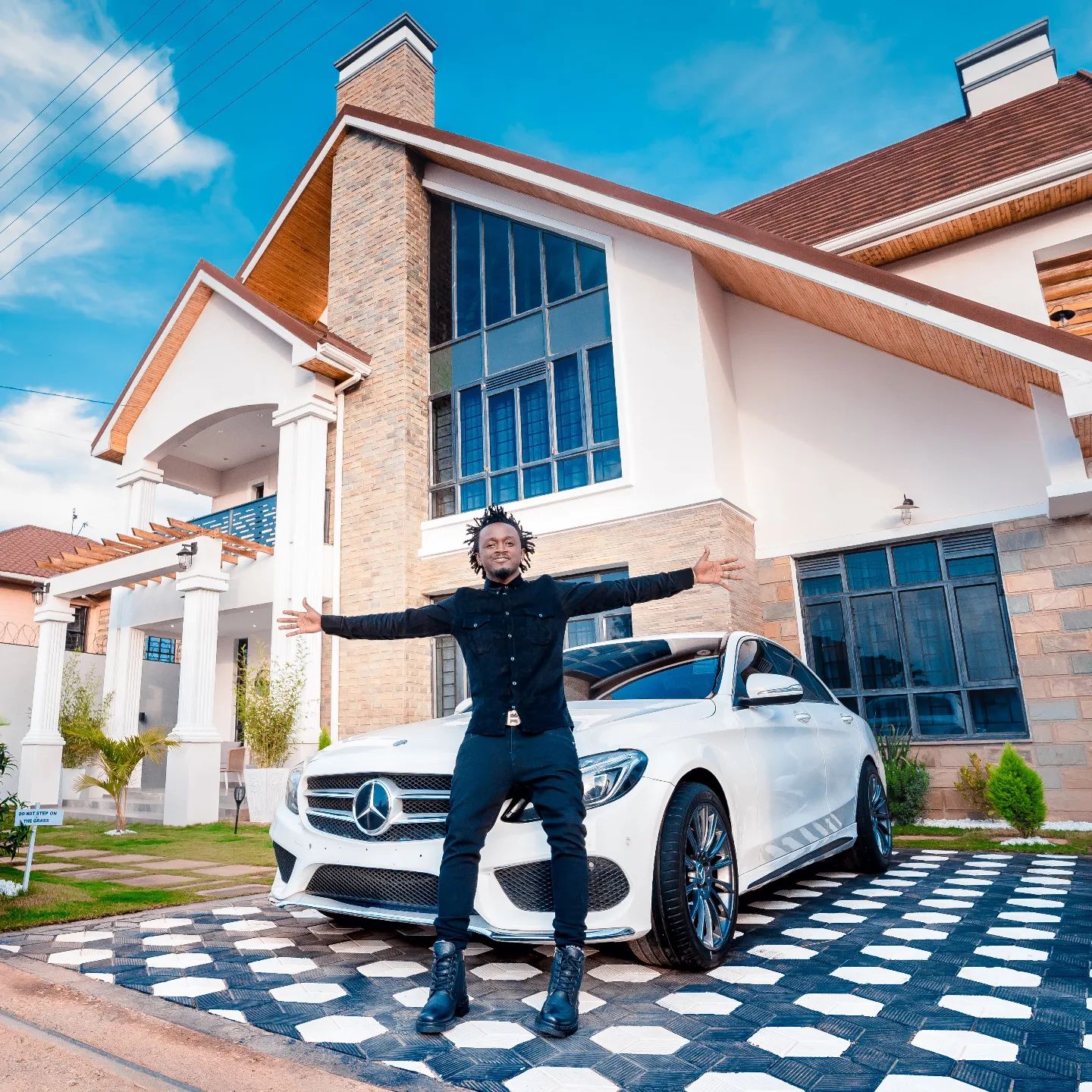 Diana Shows off Her Mansion

Hours after Bahati announced his gift, Diana took to her social media to appreciate him and show off her gift.

Diana shared a photo of herself posing in front of her new home and gave fans a recollection of how the surprise went down.

She told her fans that Bahati hired a helicopter and flew her to their new home. She described it as the best Valentines gift she had ever received and thanked her husband. 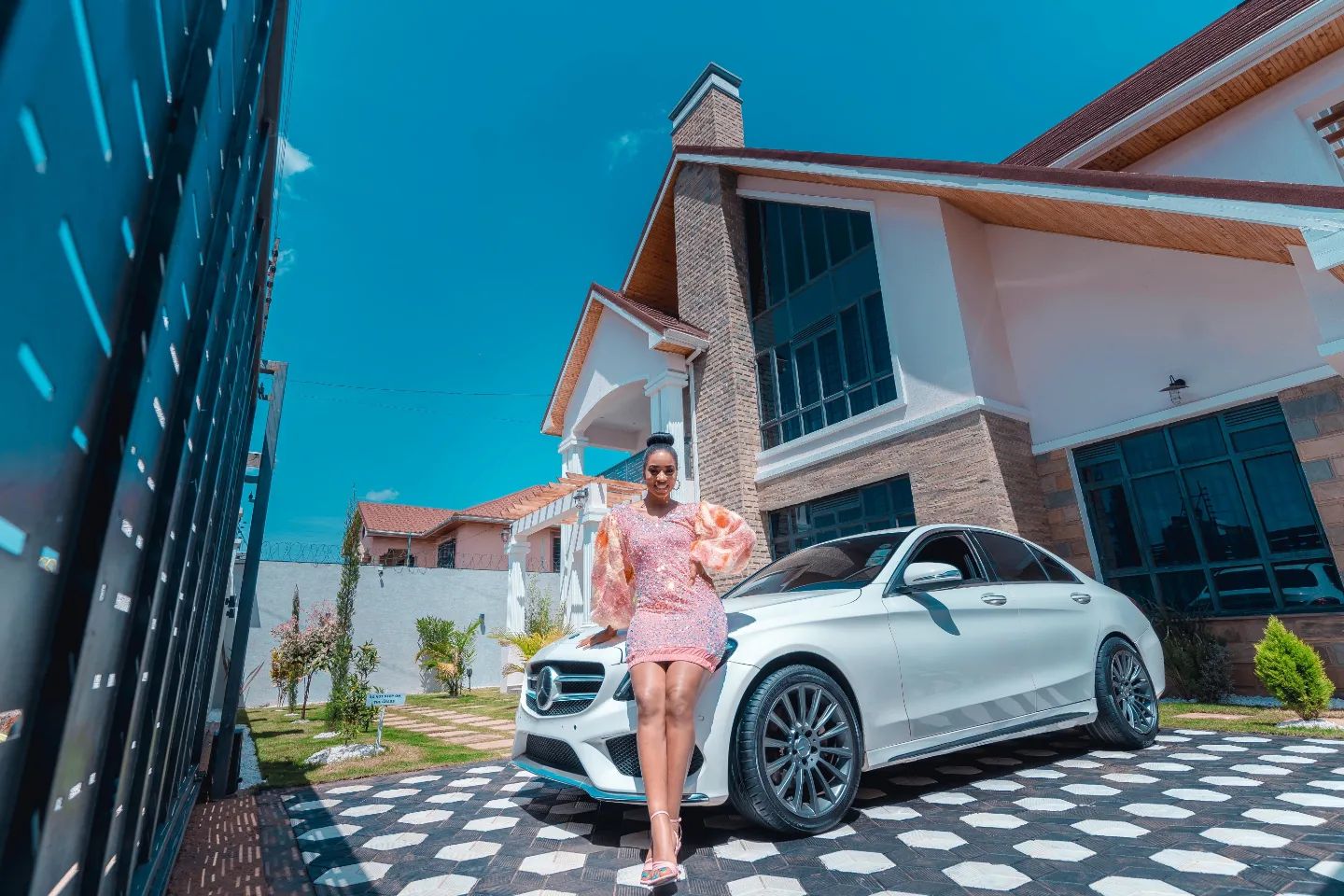 “My baby got me a chopper ride to surprise me with a NEW HOUSE, A WHOLE MANSION. Thank you God for teaching me patience, you Indeed make it Beautiful in your own time” said Diana.

Diana also thanked her husband and stated that she was the happiest person alive.

“My King Bahati Kenya I am overwhelmed with joy, with Gratitude. I still don’t have words to explain how I feel. Thank You For Giving Us The Best, A Whole Palace. I Am The Happiest Woman On Earth Right Now!” she added. 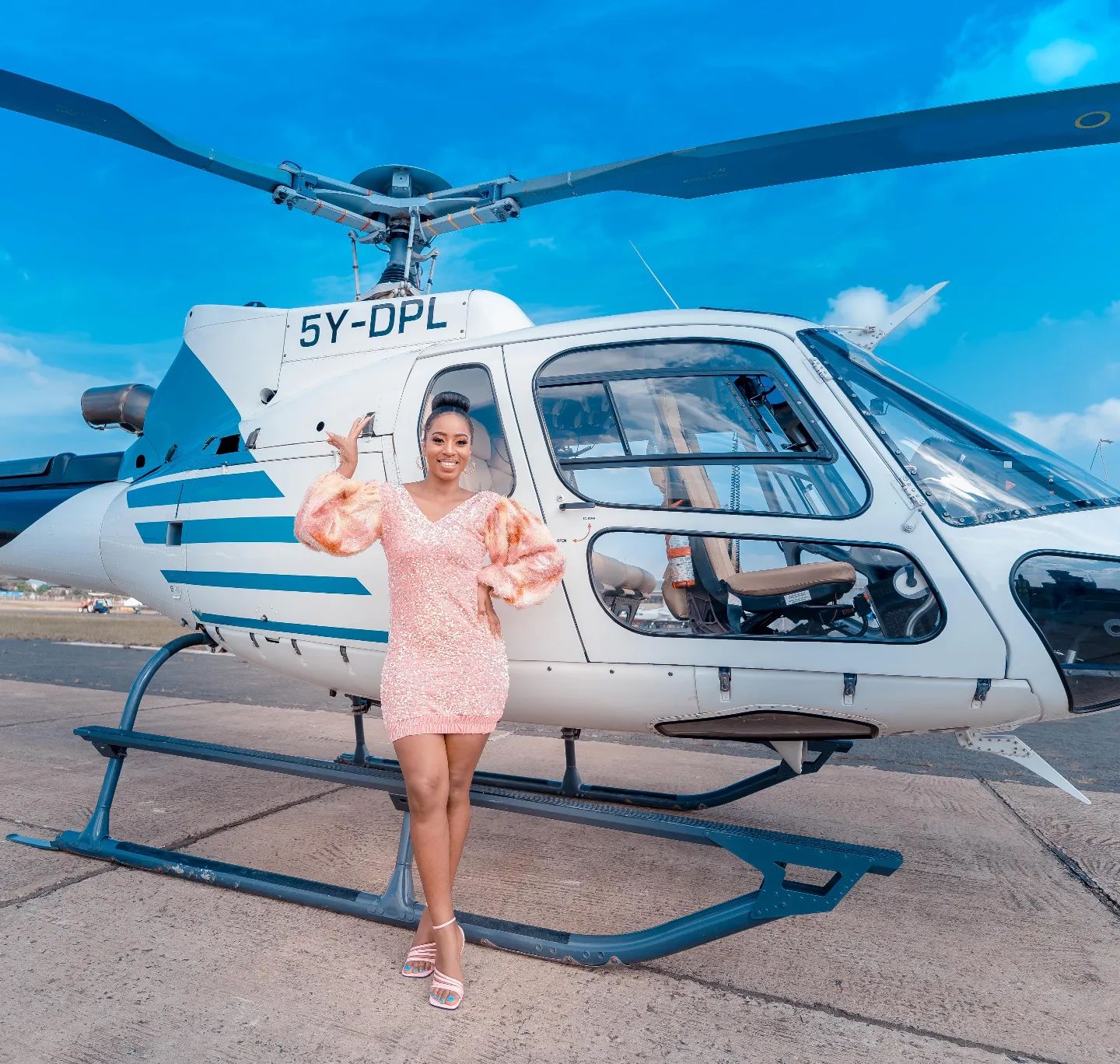 Diana returned the favor by booking for her husband, Bahati, a vacation to a coastal town in Kenya. She also performed a song that she had specially recorded for him.