Controversial Kenyan Socialite Huddah Monroe Recently Took to Her Social Media to Demand The Release of All Nigerian and Black Scammers. 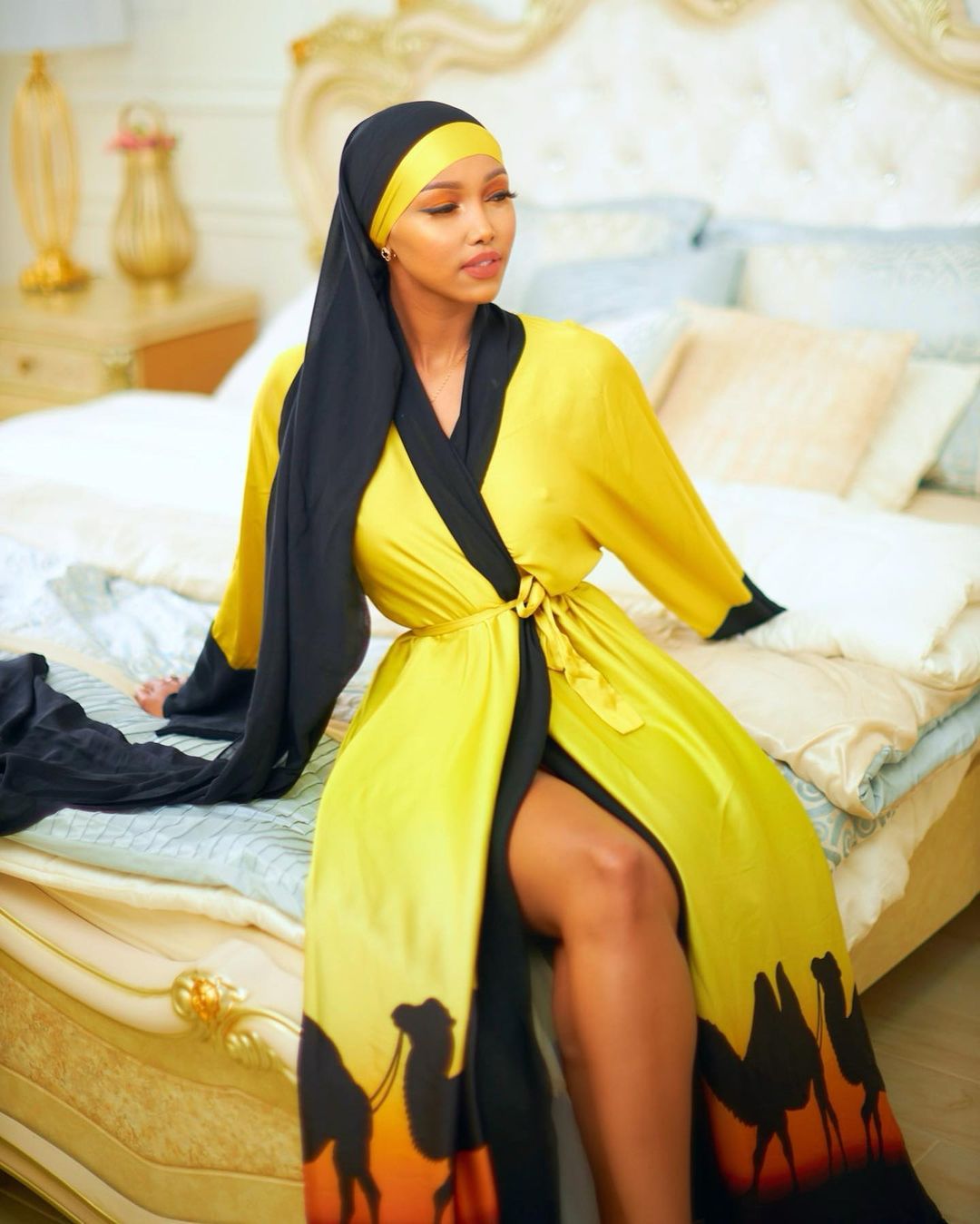 Huddah did this through a series of posts on her Insta-stories. Huddah stated that fraudsters are usually convicted based on their race.

“All white conmen rarely stay in jail. They claim victims were willing buyers. They should release all the Nigerian/ black boys they arrested. It’s the same scam. Scam/ con is scam!” wrote Huddah. Huddah stated that other races are more notorious for scamming people and questioned why Africa is considered the poster child for fraud.

“Some white guys are the biggest cons. Indians, Russians, British, Italians, French. But Africa is made to look like it’s the producer of all the con artists and they deserve 15 years plus even if they are first time offenders. No plea deal nothing. Talk of double standards” she added. 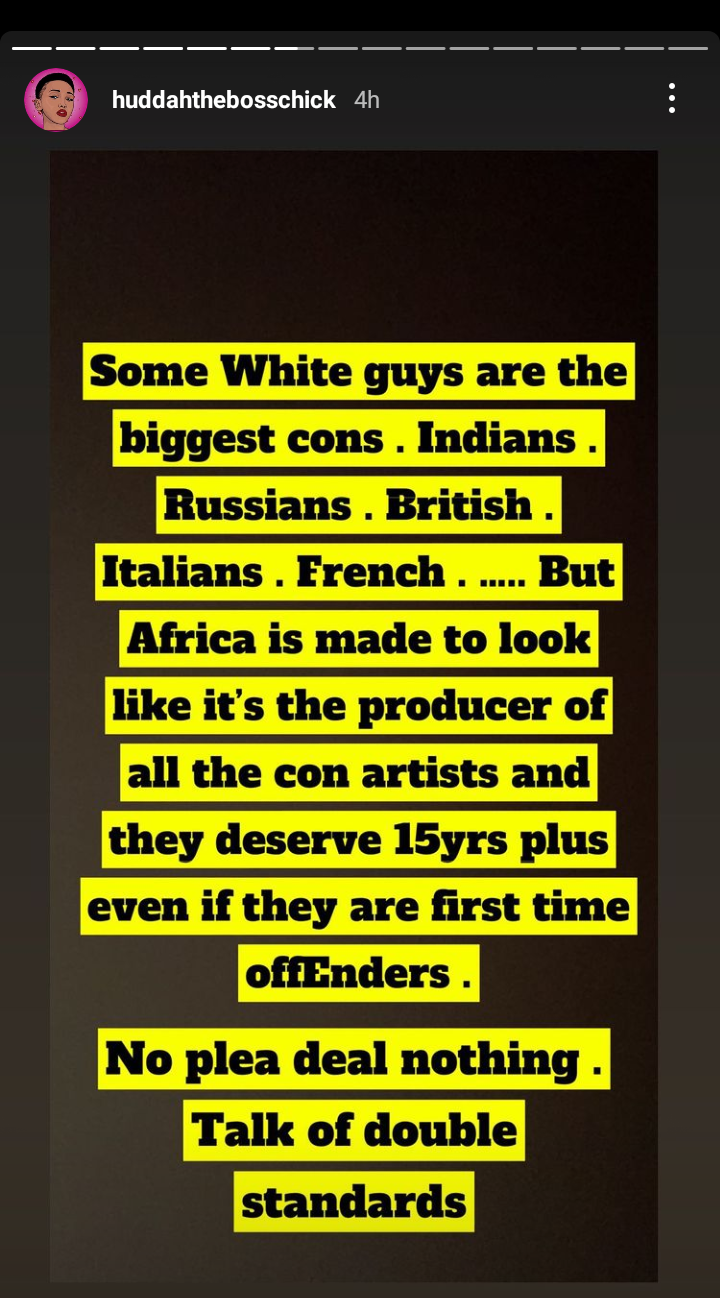 Huddah said she had noticed the unfair pattern through the various documentaries she watches.

Huddah explained that most white con artists who get exposed hardly get arrested. However, black con artists did not receive the same treatment.

She added that black con artists got treated like they had committed a greater crime such as murder. 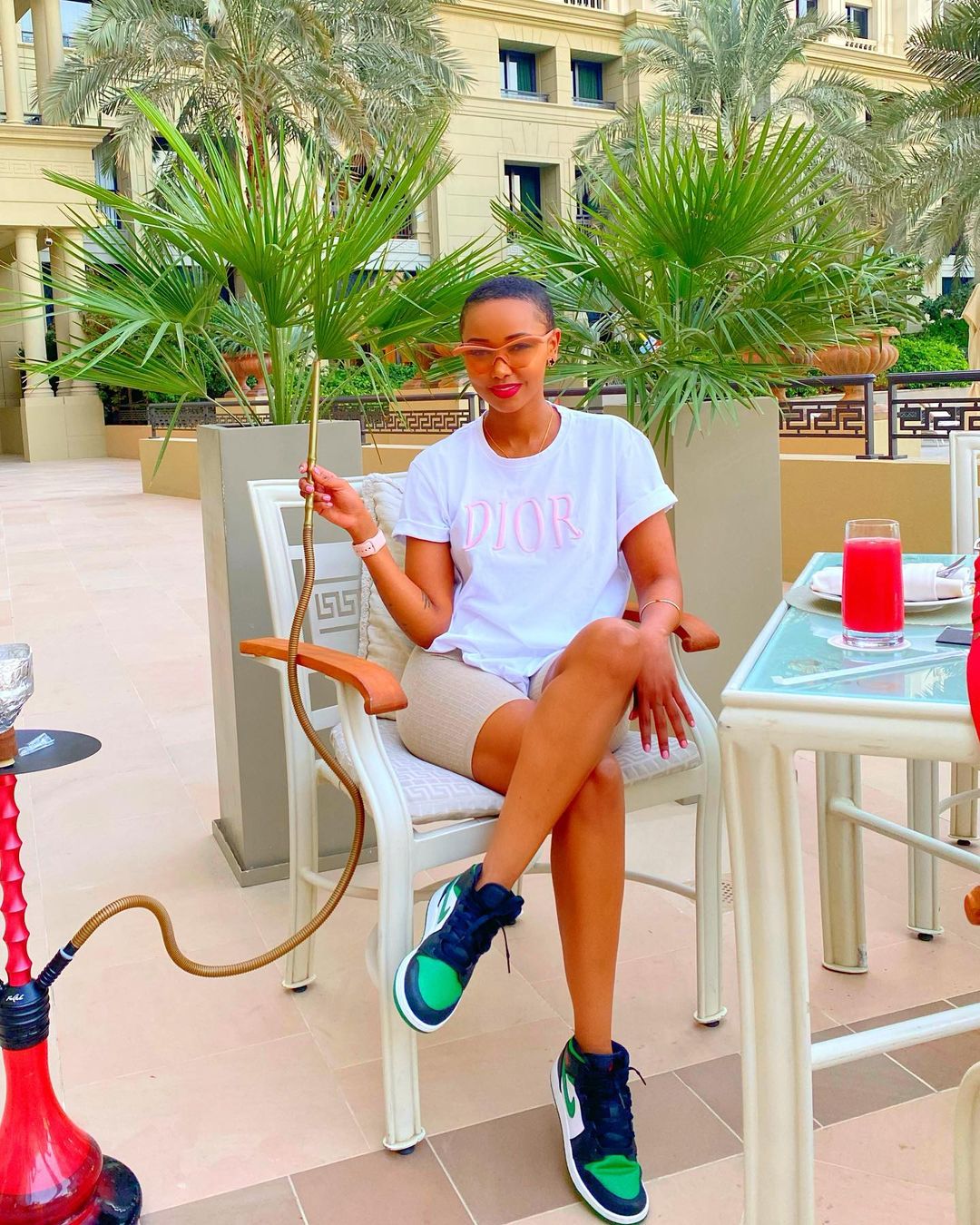 “I watch all scam/ con documentaries on 60 minutes Australia. The guys rarely get arrested after doing so much damage to their victims. But be black, it’s like you committed a murder!”

Huddah said that Caucasian con artists usually get less than a year in prison while Africans get over ten years for the same crime. 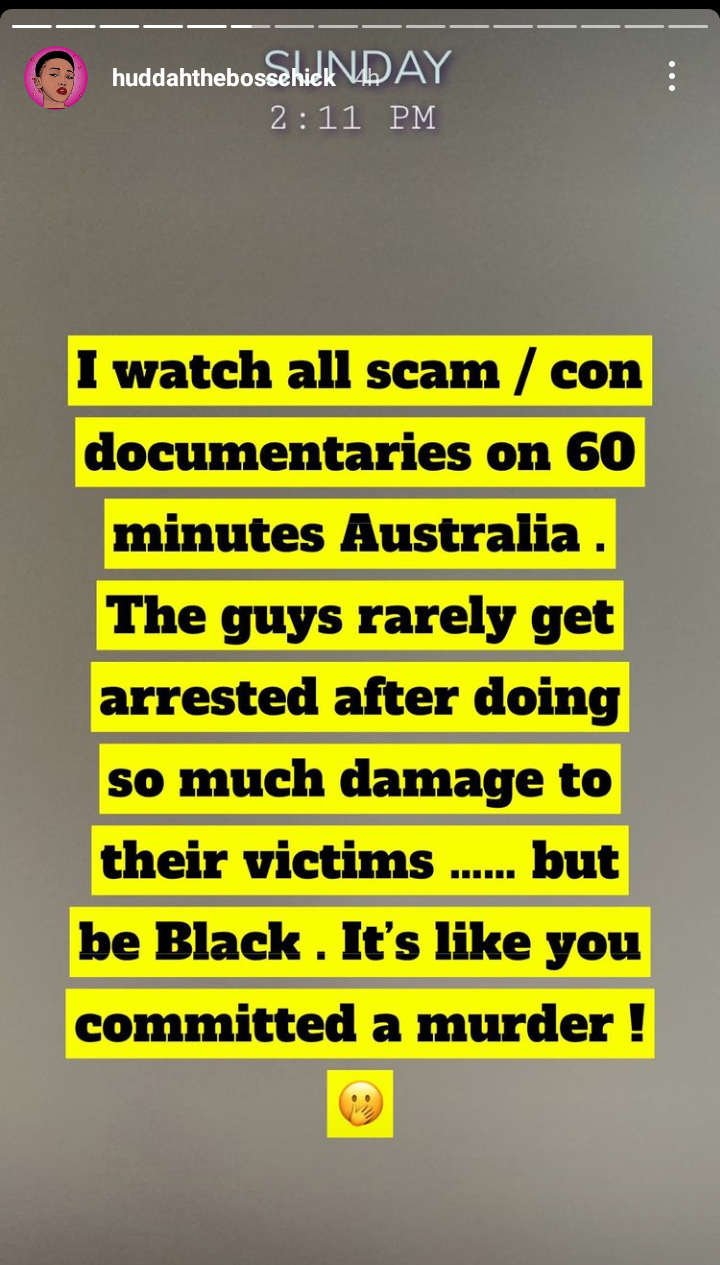 “All these white yahoo boys only get 5 months in jail or 15 months or less. But if it was a black kid. They’d get 15 years. Tinder swindler. The other I watched is the puppet master, dude didn’t stay in jail at all” she concluded. 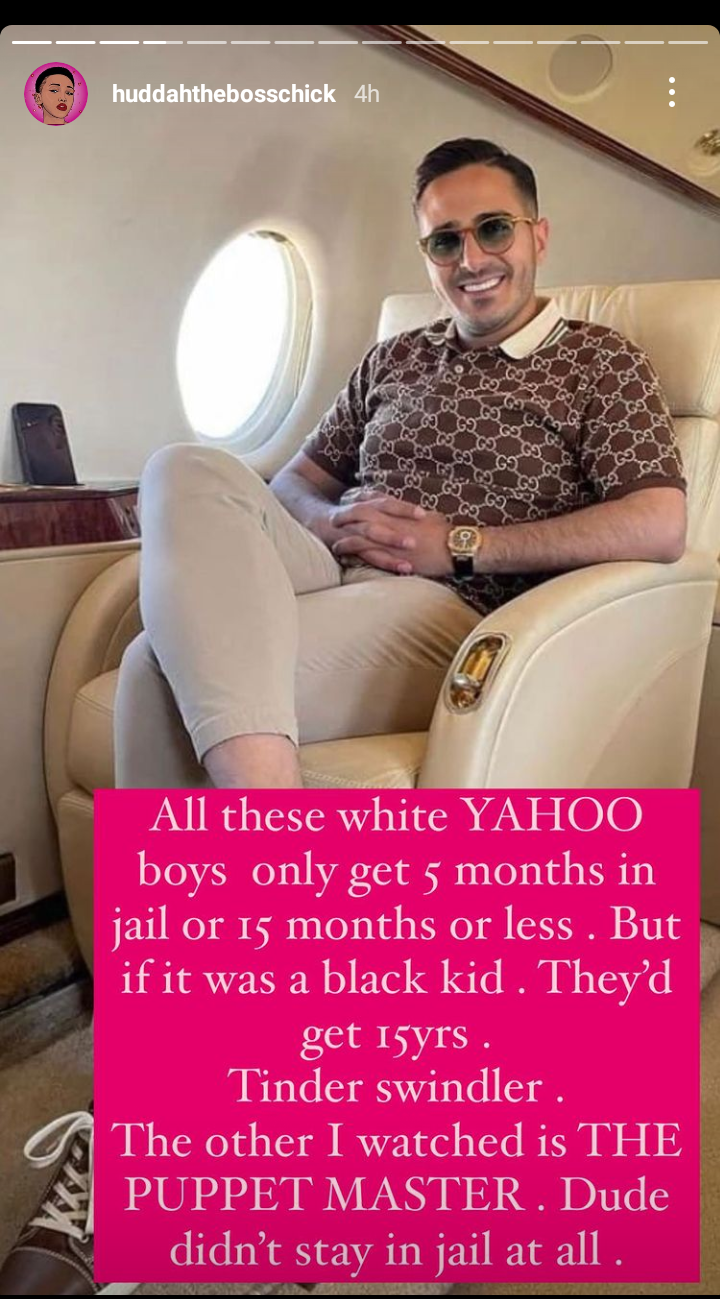 Huddah’s rants come from a place of compassion because some of her close associates are currently serving jail terms for fraud.

In March 2021, Apocalypse Bella, the ex-boyfriend of Huddah Monroe, was arrested in the United States. 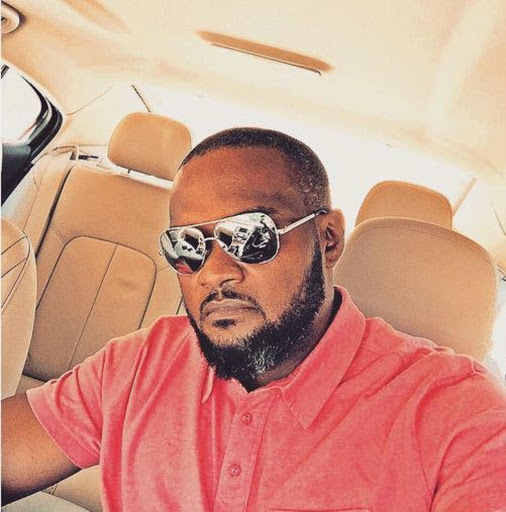 In an official statement released by the United States Attorney’s Office of the Southern District of New York, Apocalypse Bella and three others got charged with attempting to obtain government-guaranteed loans; intended for financing small businesses during the pandemic.

Bella and his accomplices obtained money by submitting falsified applications to the Small Business Administration and another company that deals with loan applications. 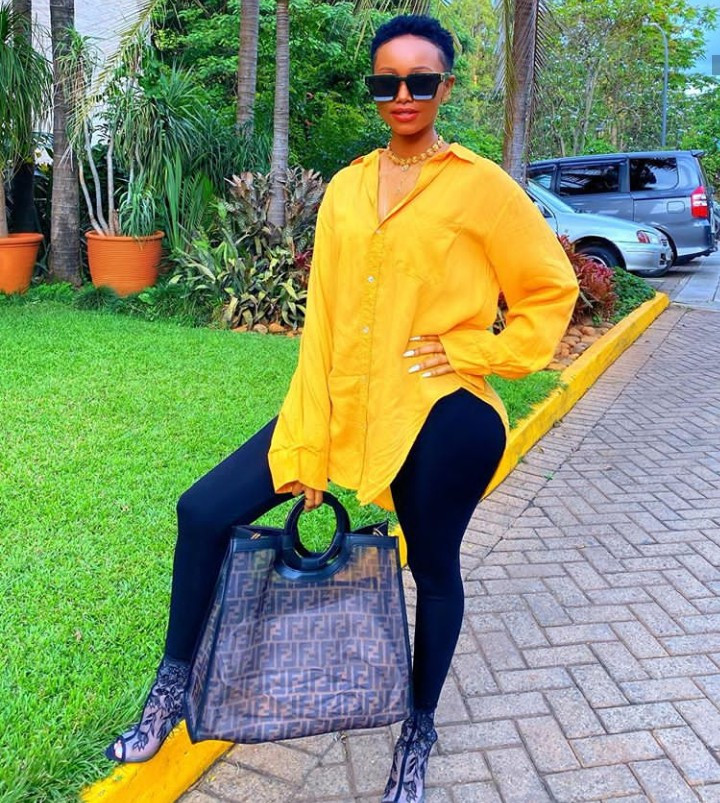 Following the arrest of Huddah's ex-boyfriend in March 2021, there were rumours that she was under investigation in Dubai; because of her association with him.

There were also allegations that Huddah was under house arrest and was not allowed to leave the Arab state.

However, Huddah dismissed the rumours and revealed that she extended her stay in Dubai because she liked the environment. 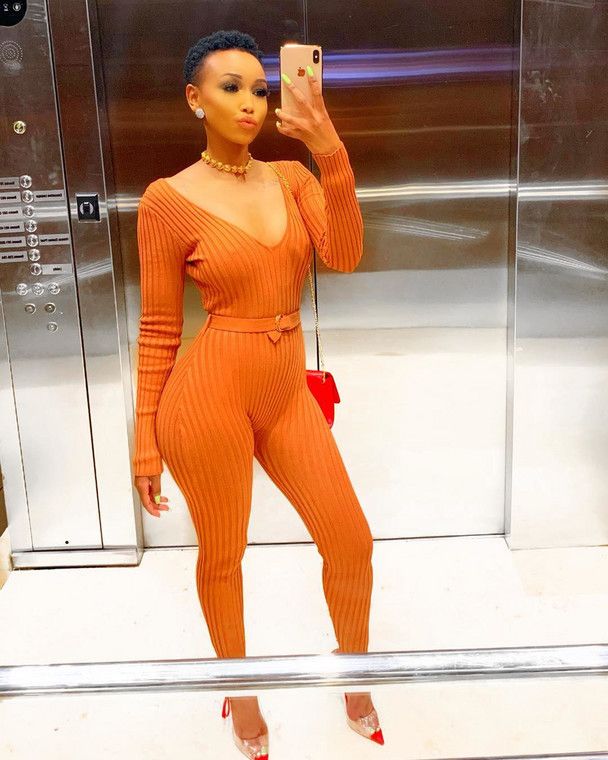 In a series of posts on her Instagram, Huddah told bloggers who spread the rumours to stop misleading people. She also added that she finances her extravagant lifestyle in Dubai, and no man is responsible for it.

Huddah also stated that Dubai would be her home for many years and added that she was not eager to return to Kenya.

Despite stating that she was not hurrying to return, Huddah flew back to Kenya in December last year. She even celebrated New Year's Day in Nairobi. 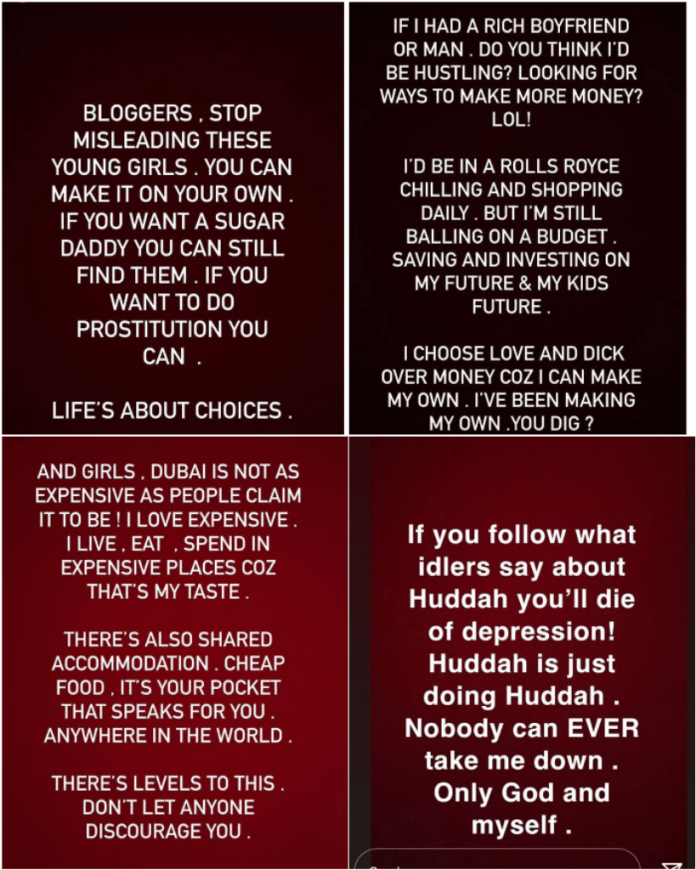