Social Media Was Abuzz Last Evening with The Screenshots Alleged to Be Containing Explicit Conversations Between Flavia Tumusiime’s Husband, Andrew Kabuura and A Lady He’s Purported to Be Sleeping with. However, It Seems Flavia Is Not Disturbed by The Gossip. 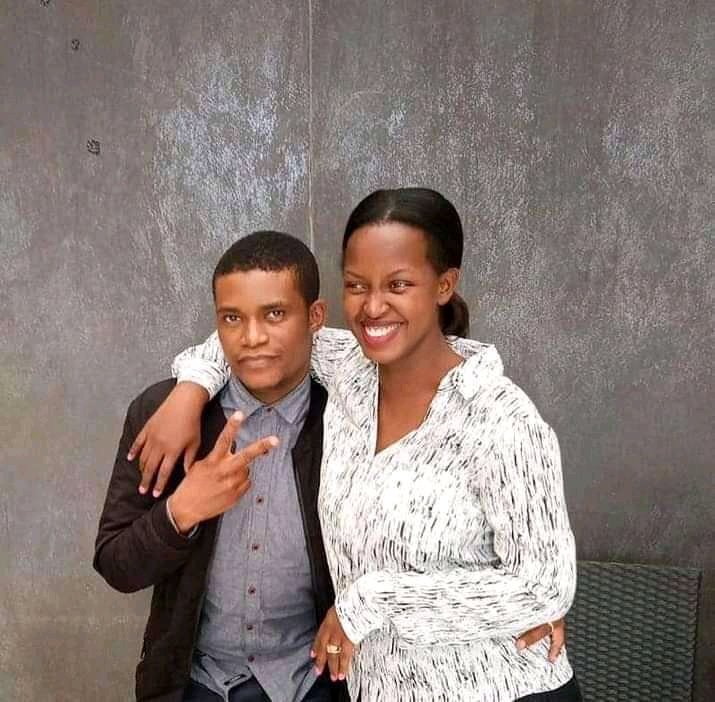 The news of Andrew’s infidelity was brought to light by local blogs that reported that he has allegedly been having an affair with a woman who works at the French Embassy identified as Mercy.

Screenshots of their explicit text messages were shared all over social media causing Ugandans to react to the situation. Many shared their opinions online. While some sympathized with Flavia, others made fun of her. 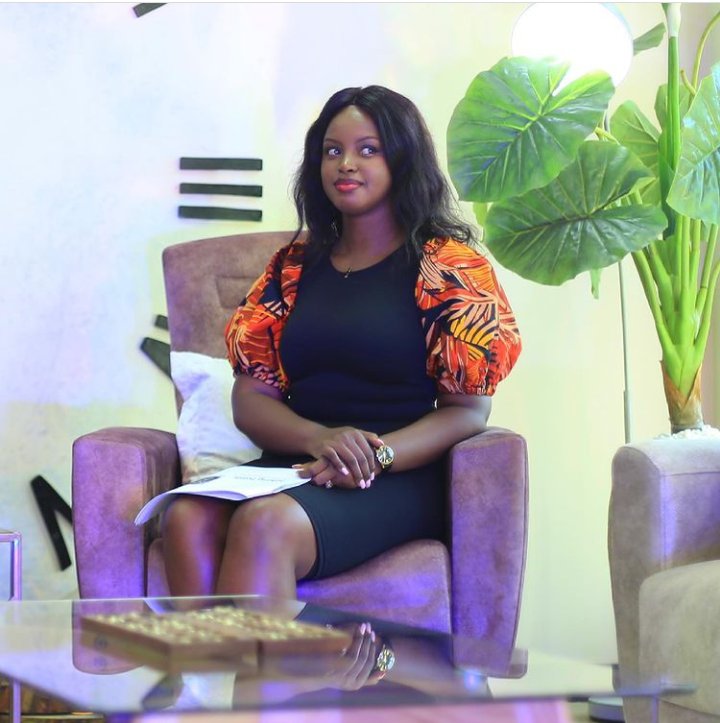 Ugandan singer Sheebah was one of those who got hurt by mean comments going around. She expressed her support to Flavia through a lengthy post that she shared on her Instagram and Facebook. In it, Sheebah expressed her displeasure and called out those who were making fun of the situation.

“I am very disturbed by the way society is disrespecting a very hard working, respectful, brilliant woman like Flavia Tumusiime” Sheebah ranted.

She also encouraged Flavia not to give those who want to see her fail contentment.

“I sympathize with you Flavia. Be strong my friend, they want you to break down and loose it. Don’t give them, that satisfaction” she added. 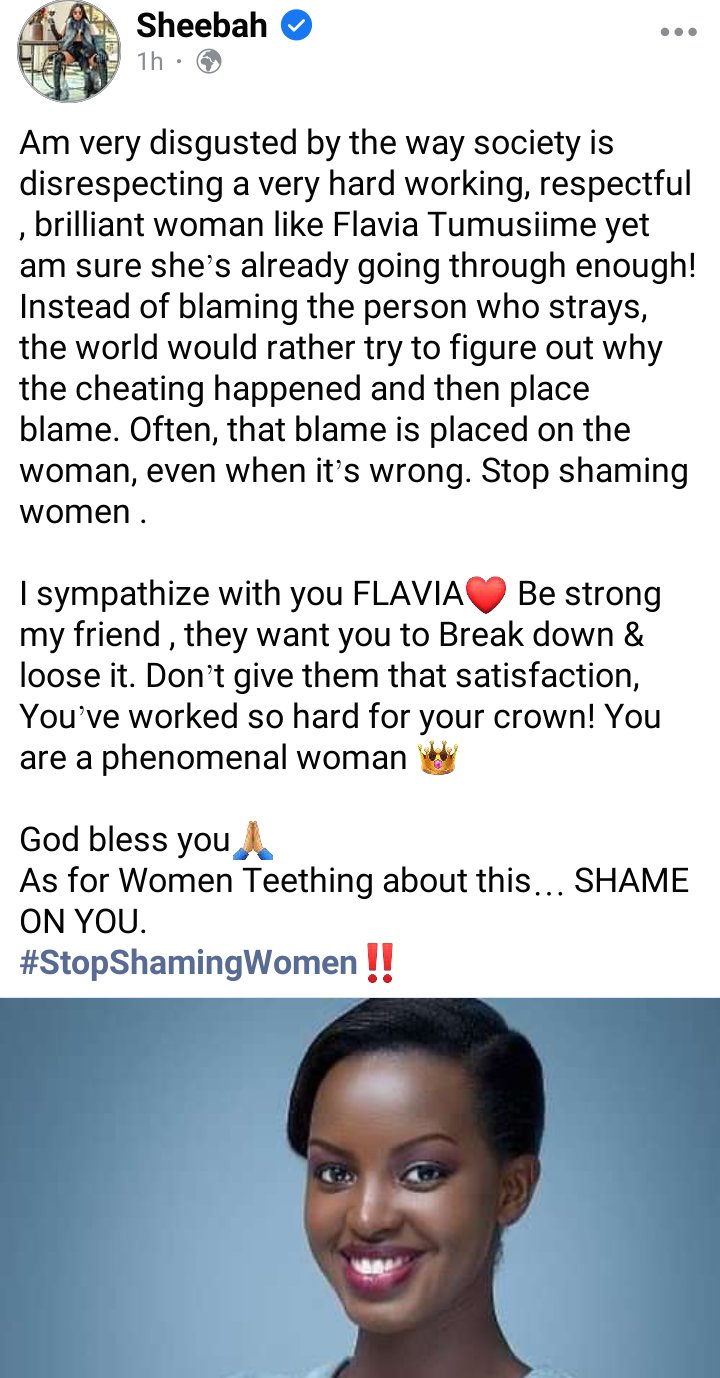 Despite the uproar that these allegations caused online, it seems like Flavia is unfazed by the whole situation.

This morning, the media personality showed up to work and introduced her Monday radio show on Capital with poise and calmness.

“How was your weekend?” Flavia said before laughing out so loud. “Let me even laugh because me, I’m like you” She added.

Contrary to what many expected, Flavia was laughing and interacting with her callers in the usual way. She even talked about how fun her weekend was and said eating rabbit meat was the highlight of her day. 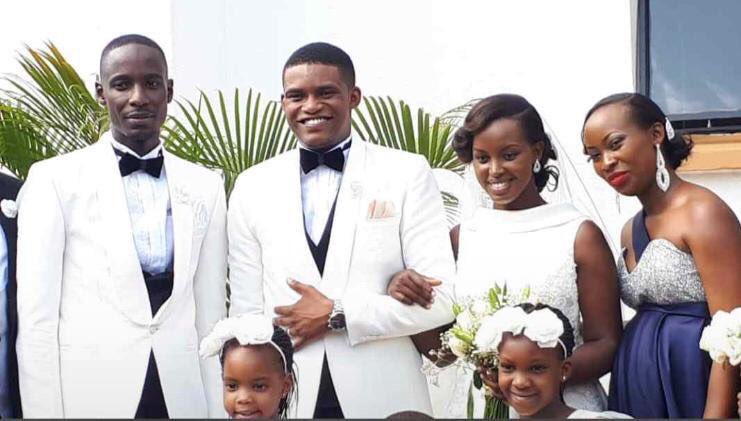 “I had been planning to visit a friend of mine. She’s all the way in Kiira. We went, the kids had a good time. And you know, the age we are at, you can only have friends gathering when everyone has children”

“So I tasted rabbit meat for the first time and it just made me merry and like 7pm, I remembered let’s go back home. I just had a wonderful weekend” She added.

This evening, Andrew will be hosting the NTV Pressbox on NTV Uganda. Netizens are eager to see how he conducts himself throughout the show.