President Museveni recently announced a 42 day total lock down. However the newly issued travel permits tell a different story.
The movement permits being issued for essential workers is valid for six months hence projecting that the lock down might last longer than many have been told. 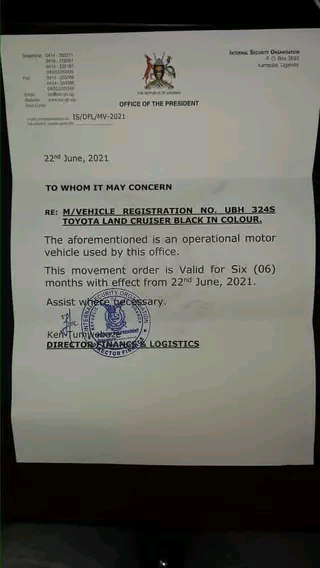 The question is,  are Ugandans financially and emotionally equipped to stay home for that period.
Traders and many laborers in the jua kali sector are still trying to figure out how to survive the 42 days lock down that strips them of their sources of income.
Though the government is set to release a stimulus package meant for the vulnerable, it does not solve a quarter of the economic disaster that is about to befall the already struggling economy.
I mean how will Ugx.50,000 / $14/ Kshs.1500 / Tsh32600) cater to the needs of the vulnerable for a month and so. How much is one expected to spend in a day, Ugx. 1000 ($0.28/Ksh. / Tshs.652) ? How practical is this?
1Kg of maize flour costs approximately Ush.700 ($0.20)
1Kg of beans costs about Ugx. 1700 ($0.48)
Not forgetting the cooking ingredients. I'm not trying to de-campaign this strategy. I only speak on it because it does not make sense, and that bothers me.
Email Post
Labels: entertainment Trending